On Friday, September 10th, ArcticTropic travelled back across the Andes, from Mendoza to Santiago, this time in just 45 minutes ! The highlight of the flight is a view of Cerro Aconcagua 6,962 m (22,841 ft), the world’s highest mountain outside of the Himalayas.

LAN has 3 daily flights to and from SCL to MDZ. Santiago – gateway to skiing at Portillo, and Mendoza, gateway to the Mendoza and San Juan wine regions.

Argentina – North to The Deserts ! 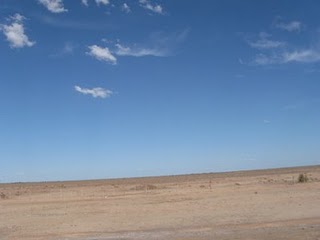 Yesterday we drove from Mendoza to San Juan, about 200 km North. The climate is much dryer – it only rains a couple of days a year here. Sometimes not for several years. 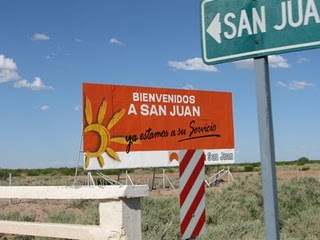 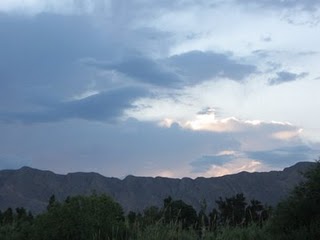 Where the Pampas Meet the Andes 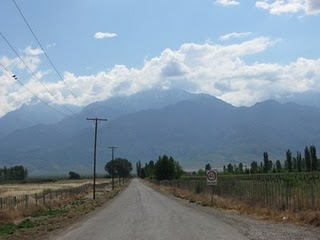 Yesterday we ventured into the wine country about 2 hours south of Mendoza.THe scenery was spectacular and the wine was excellent. 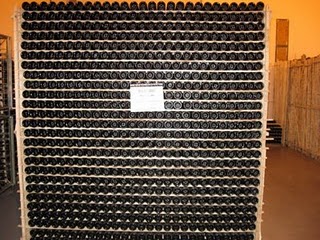 Destined for Christmas dinner tables in the USA. 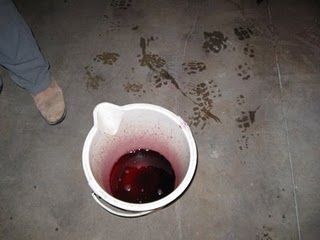 In order to maintain composure during wine tasting , none must be swallowed.

Wine is not the only precious liquid produced in the Mendoza Region. In fact, oil is the number one revenue producer,especially with the high prices earlier this year.

For ArcticTropic Adventure Travel destinations throughout all of Argentina CLICK HERE. 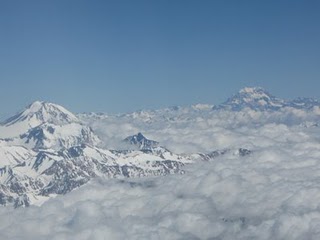 Yesterday morning’s flight from Santiago to Mendoza was only 45 minutes. A spectacular flight across the Andes, when the spring sunshine is just beginning to melt the deep snowpack – providing precious water for the rainless vineyards along the eastern side of the White Wall. Above you can see Cerro Aconcagua – over 22,000 feet high in thedistance. 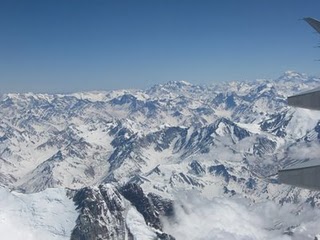 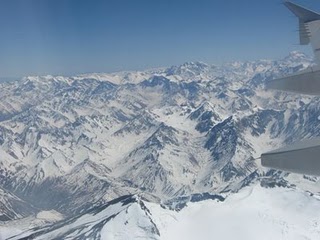 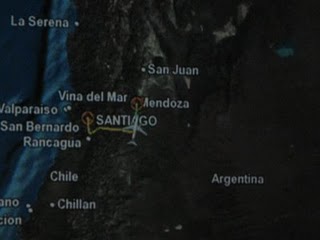 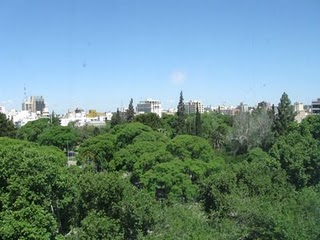 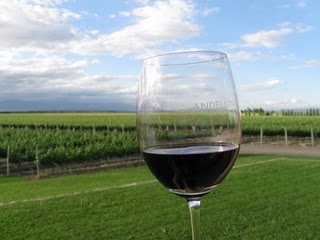 A late day glass at a vineyard. 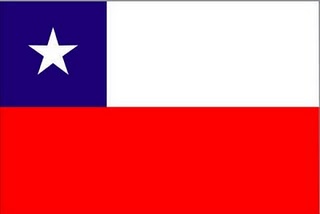 I have just arrived in Santiago,Chile, enroute to Mendoza, Argentina. There is not enough time to leave the airport to catch the subway into the city. It is a bright spring morning and there should be some great views of the snowy Andes as I cross them. SCL is one of the more pleasant airports in South America and very economical due to the peso being 649 to the dollar. When I was here 8 months ago it was 390 to one dollar.

Aconcagua Fly By – Back Across The Andes By Air

Three days after crossing by bus in 8 hours, I fly over the same route in 45 minutes. There is a longer version coming from blip.tv as YouTube does not accept video over 10 MB.

For over 50 Argentine Adventure destinations on Arctic Tropic click here 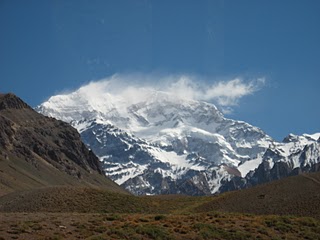 Cerro Aconcagua – 6,962 metres – 22,841 ft is highest mountain in the Americas, Highest in the Southern Hemisphere, Highest outside the Himalayas. It is 15 Km East of the Argentina – Chile border.

The bus from Santiago to Mendoza took almost 8 hours due to customs holdups and road work. I’ll be flying back tomorrow , since I have meetings in Santiago before flying up to Miami tomorrow night. The bus ride ranks amongst the world’s most beautiful !

Mendoza has been 24/7 nonstop – meetings till 9 PM and then dinners that begin at 11 and end at 2. I will catch up on ArcticTropic Blog – keep posted ! 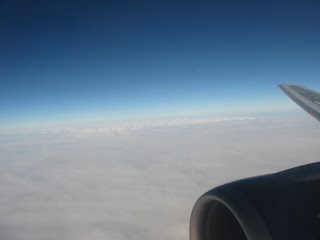 Yesterday afternoon I flew from Buenos Aires to Santiago. I had hoped to take pictures from the plane, but the view was obscured by clouds. I do have some pictures of the Argentine pampas that I’ll put up later today. The photos were taken in August,2004 – the middle of winter – hence the thick snow cover. Now at the end of summer, there is only snow on the highest peaks. 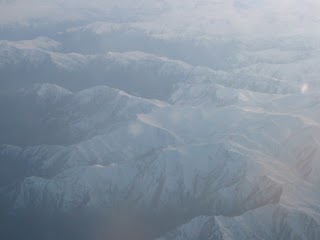 An ArcticTropic friend , Peter Hayward, sent these mountain driving pictures from Bolivia. ArcticTropic is the gateway to true Bolivian adventure ! On Saturday morning a local friend took me for a drive through the countryside to her family’s finca – a dairy farm in La Unión , about 35 miles outside of Medellín. In the city , at 5000 feet, the temperature was near 80, at 9500 feet in the tierra fria, it was in the 50’s, but very sunny. Our first stop was in San Antonio at this church. 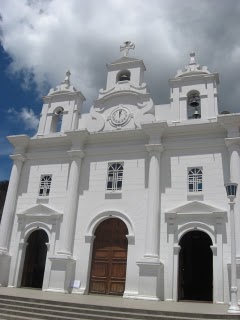 Mass in Colombia is the real thing, not the bland “lite” version so common in the United States. 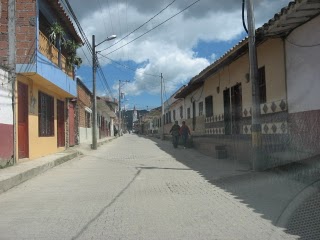 The air is cool, but the hot equatorial sun has people on the shady side of the street. 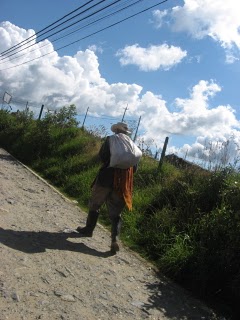 A potato farmer carrying his goods. Andean potatoes are the best – hundreds of varieties. 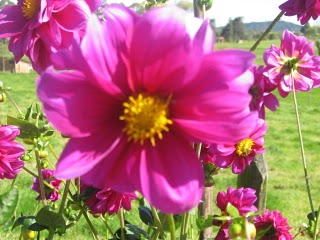 Medellín – Flower Captial of the World

The finca was beautiful. Milking the old fashioned way makes a much better tasting product.

Afterwards we went for a great lunch – with some of the best bean soup I had ever tasted,chorizo,steak,rice,potatoes,and eggs and sodas – total price 14000 pesos – about $7.