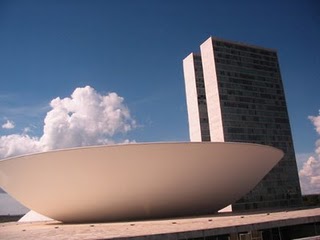 From MIA last night, I boarded TAM for São Paulo. We landed at 6:30, on a late winter morning . GRU was 48 degrees- refreshing. At 8 I was on another plane North to Brasilia. As it turned out I had a 4 hour layover, so rather than hang around the airport, I took a public bus into town.

Planned utopian cities were the dream of many a 1950’s urban planner. Luckily most of them remained dreams. However, the Brazilian architect Oscar Niemeyer’s Jetsonian masterpiece became reality when it was finished in 1961. 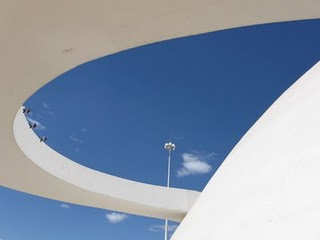 Seen from the air at night the city resembles a giant jet plane.

The entire city is laid out into sectors. In the “Pilot Area” is the Presidential Palace – pictured at the top of this post – double buildings next to flying saucers. Government buildings go down the fuselage. The wings are residential. All shopping is in one center, all hotels in another sector, etc.

This video was taken this morning from the Torre TV 75 meters up.

Life is calm and pleasant – no traffic, garbage, pollution and very little crime – in other words not like Brazil at all. Unfortunately there is little of Brazil’s excitement and culture. Like New Yorkers forced to work in Albany, government workers pack the planes south to Rio and São Paulo every Thursday night and back again on Monday morning.

For those who enjoy modern architecture and urban planning, Brasilia is a must –see. 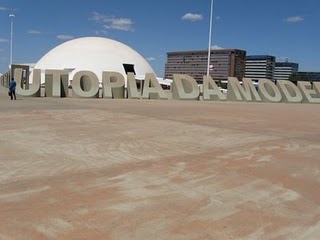 After 3 hours I went back to the airport and took to the skies again – this time to Palmas, about 500 miles North of Brasilia. 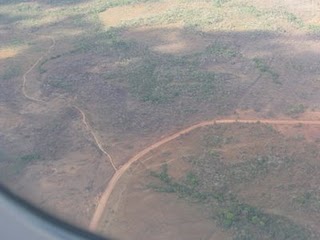 The roads we will be on tomorrow ! 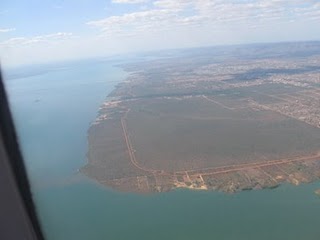 We had to abort our first landing attempt due to high crosswinds blowing in from the desert. The second attempt was successful. 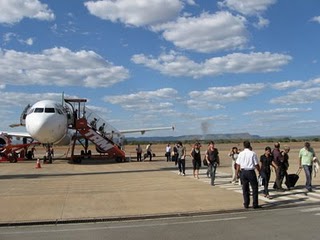 Our group of adventure travel experts, from the USA,England,Germany,Russia,Portugal and Canada, as well as a leader from EMBRATUR was picked up by Korubu. 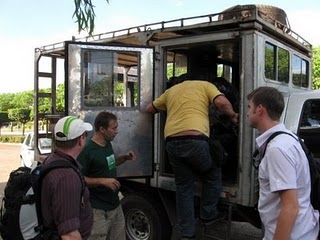