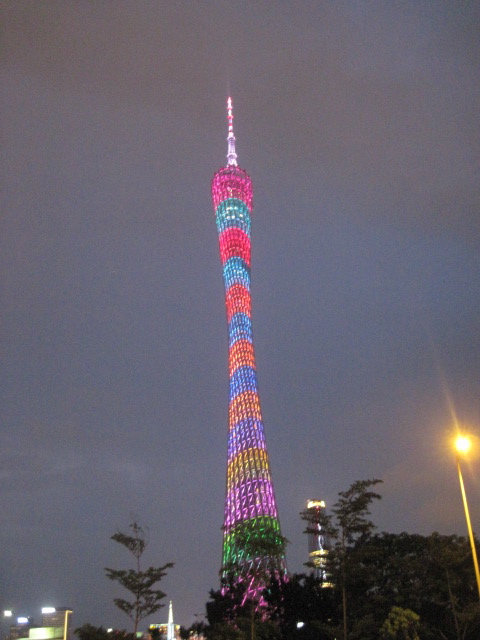 On May 15th, I flew China Eastern from Hangzhou to Guangzhou. Guangzhou Airport is massive – it appeared several times bigger than  JFK or LAX. Cargo terminals make up most of that – almost anything one buys in a Home Depot or Pottery Barn or any other massive chain was made within 50 miles of Guangzhou. The city itself is massive – Manhattan coud fit into the corner of a smaller neighborhood. Above is the TV Tower – about 1480 feet. 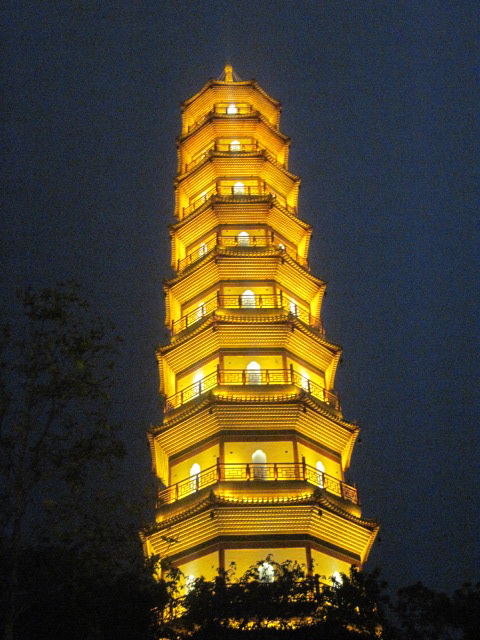 Nearby is a tall Pagoda – dwarfed by theTV Tower. 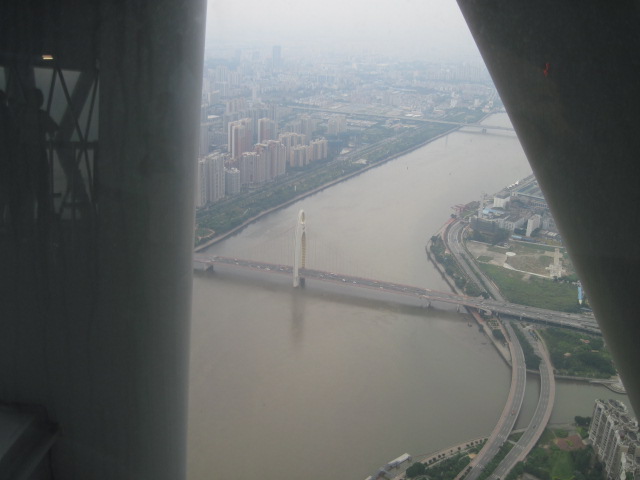 The Pearl River from the TV Tower. 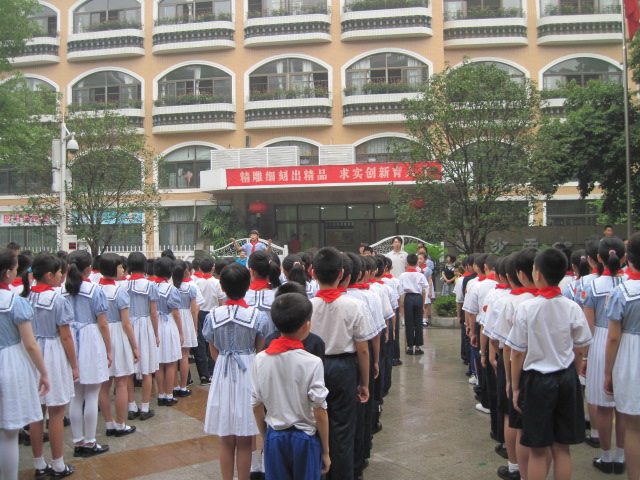 7:30 AM Monday May 16th. Primary schoolers stand for assembly , which includes patriotic songs, speeches by teachers , awards to students. In general these children are about 2 years ahead of American children in math and science. 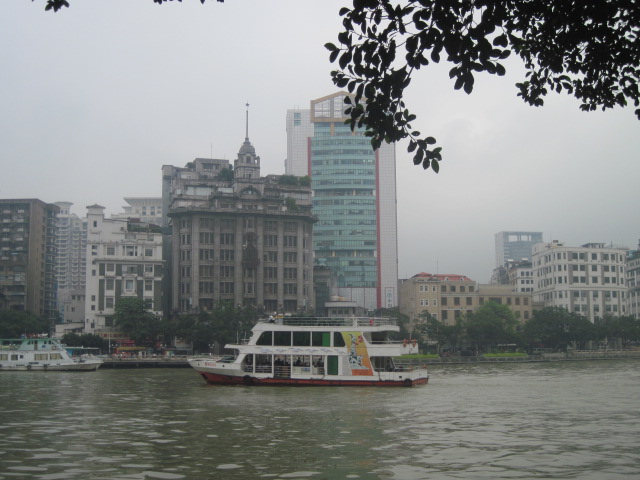 The Shanghai Trade Fair Mart across the Pearl River. 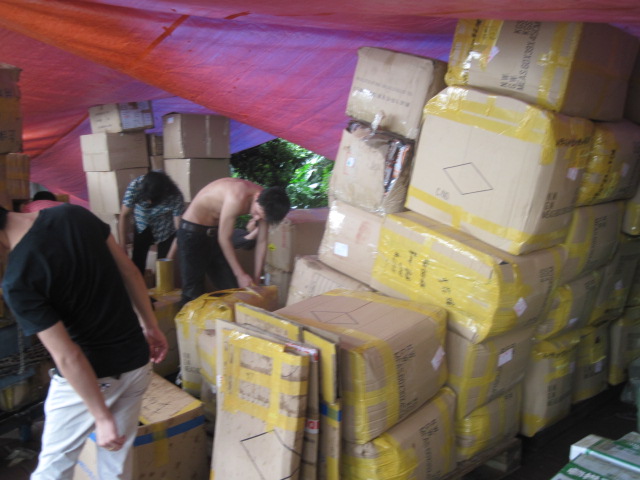 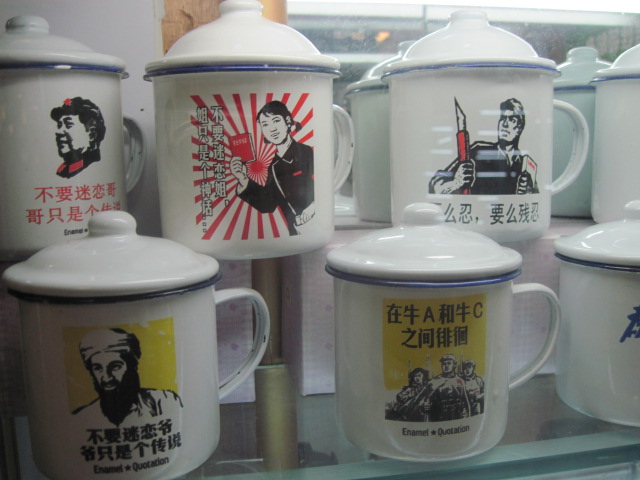 It seems that all cheap souvenirs , tchachkes, bricabrac , momentos and swag are made in Guangzhou. These cups can be ordered by the container load at 20 cents a piece.