After flying for over two days – from Miami to New York to Frankfurt to Singapore to Yangon – ArcticTropic then boarded an Air KBZ ATR 72 prop plane to Bagan. I arrived Friday late afternoon on March 14,2014. The temperature was a dusty 104 ( 40 C) when I got off the plane. In the next few days it would get up to 107 in the day, then down to about 78 at night. 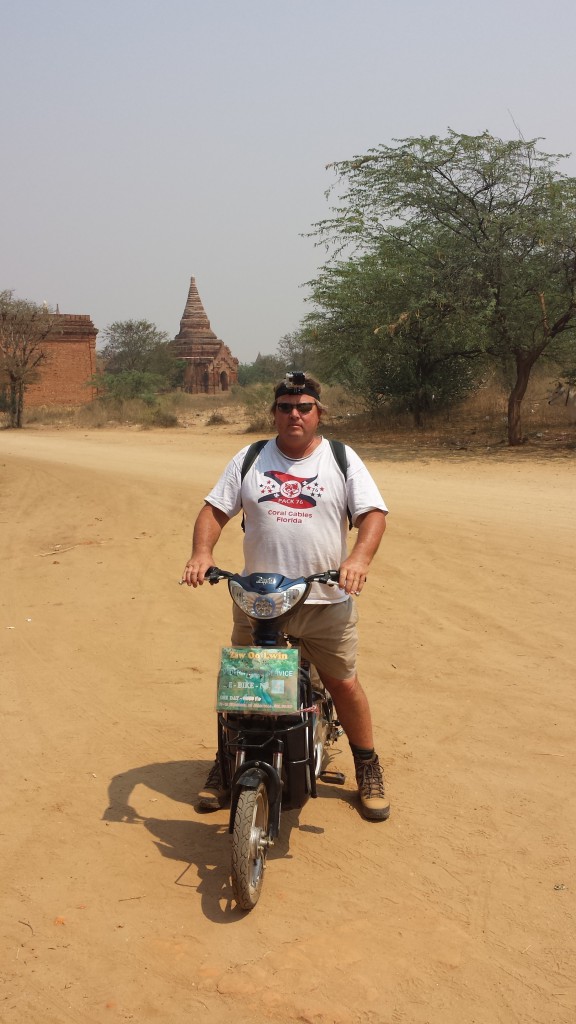 A combination of a silent electric scooter and a GoPro strapped to my forehead made for great stealth shooting (video) opportunities. Village inhabitants did not realize my presence till I was already gone. 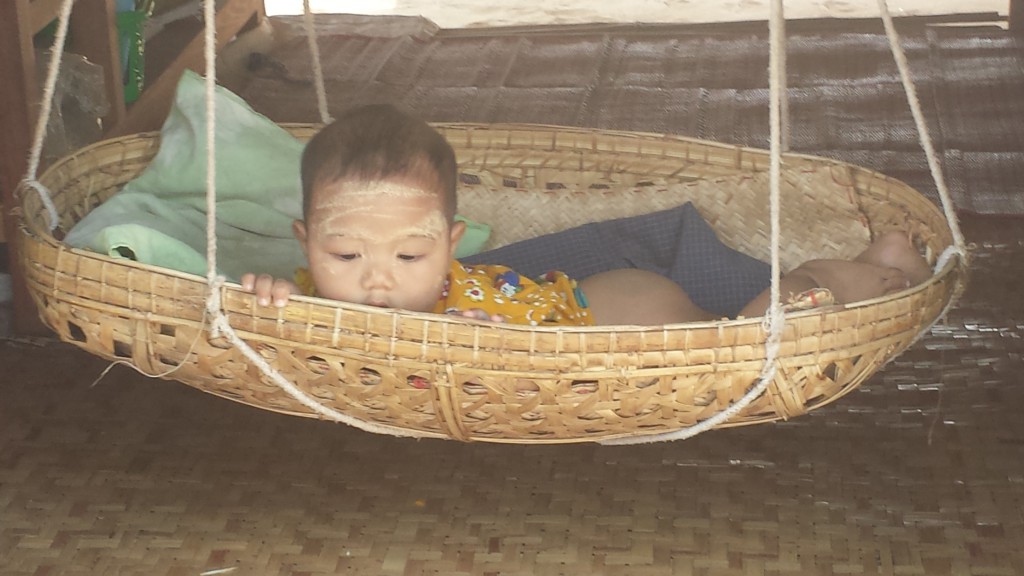 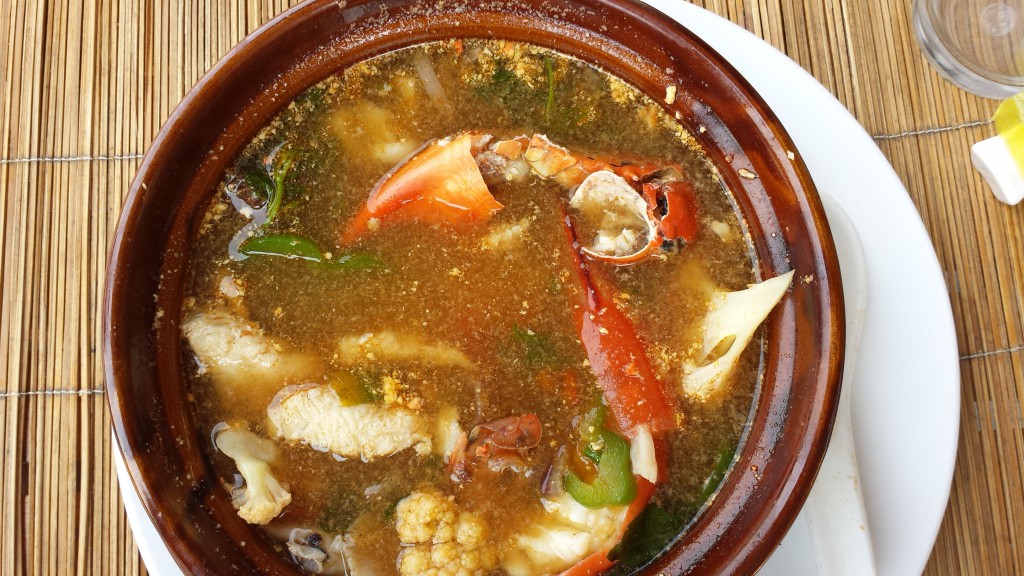 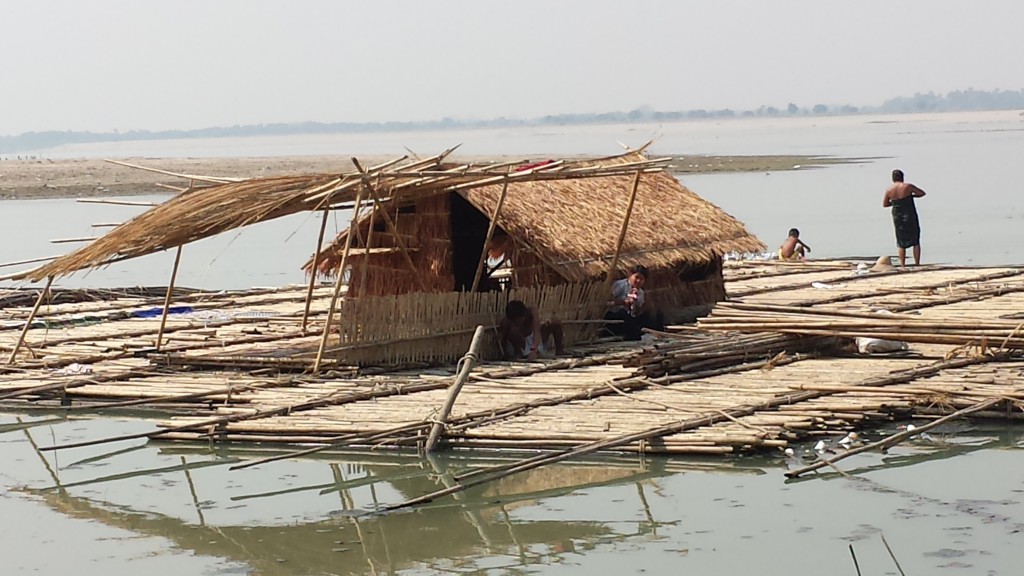 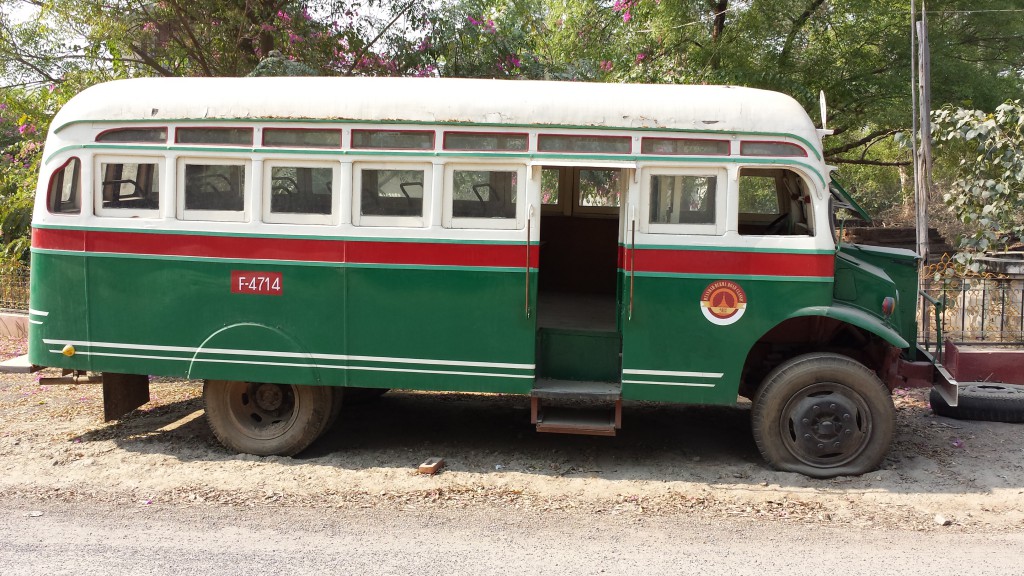 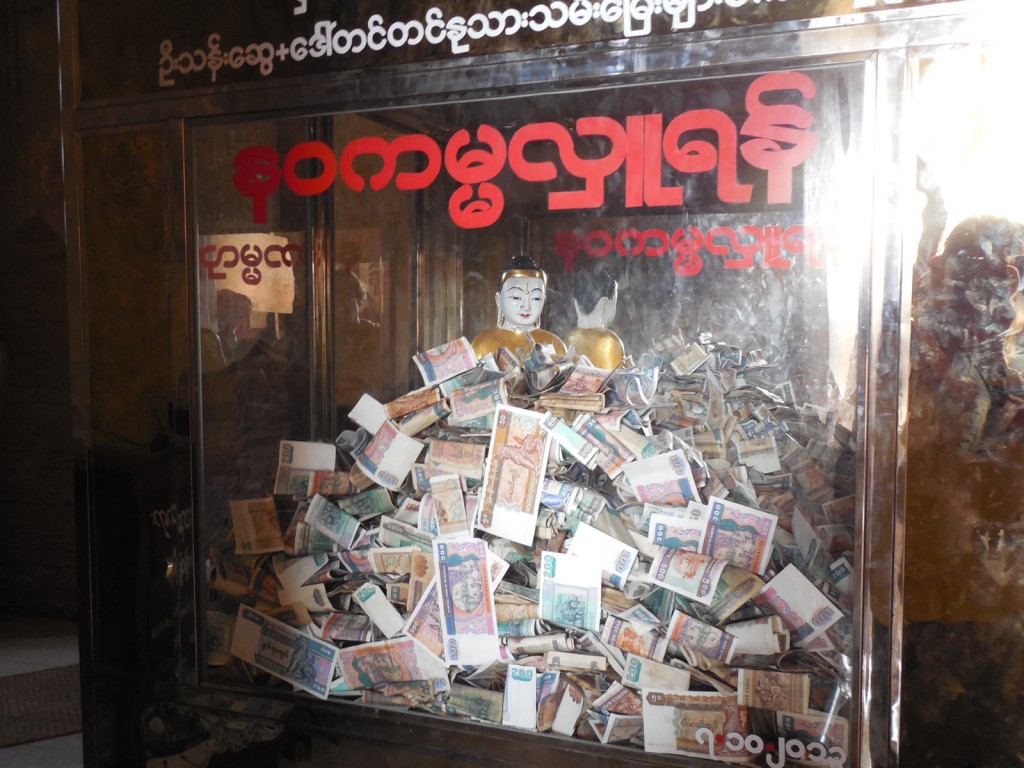 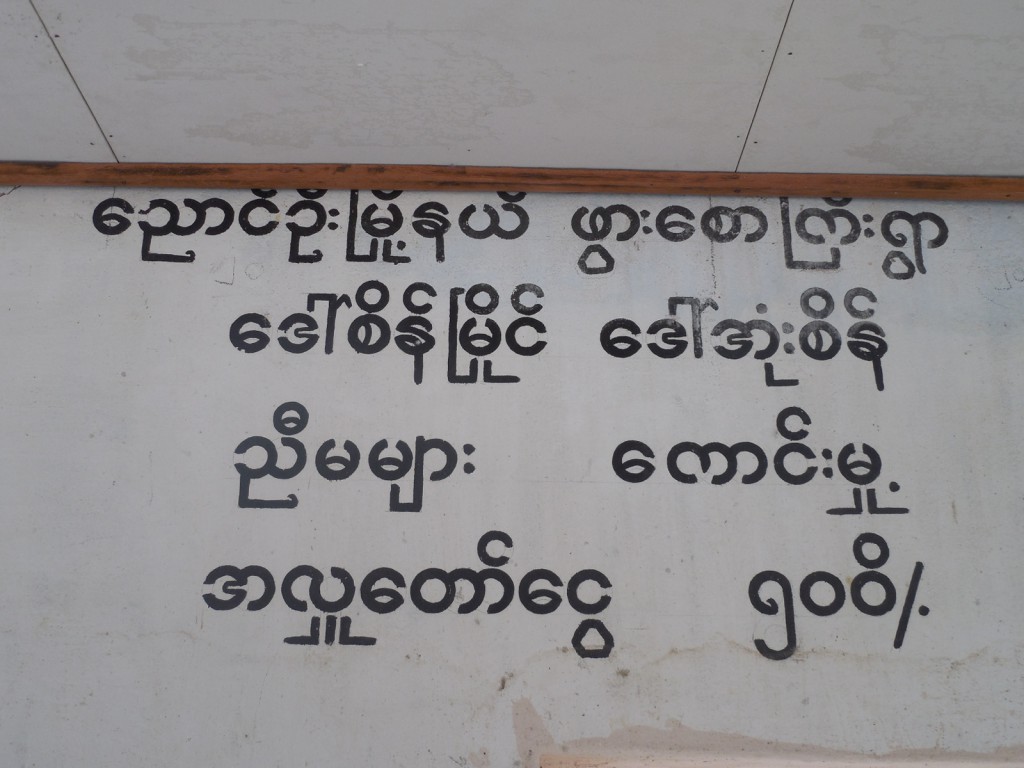 Burmese is written in one of the 19 Sanskrit alphabets. 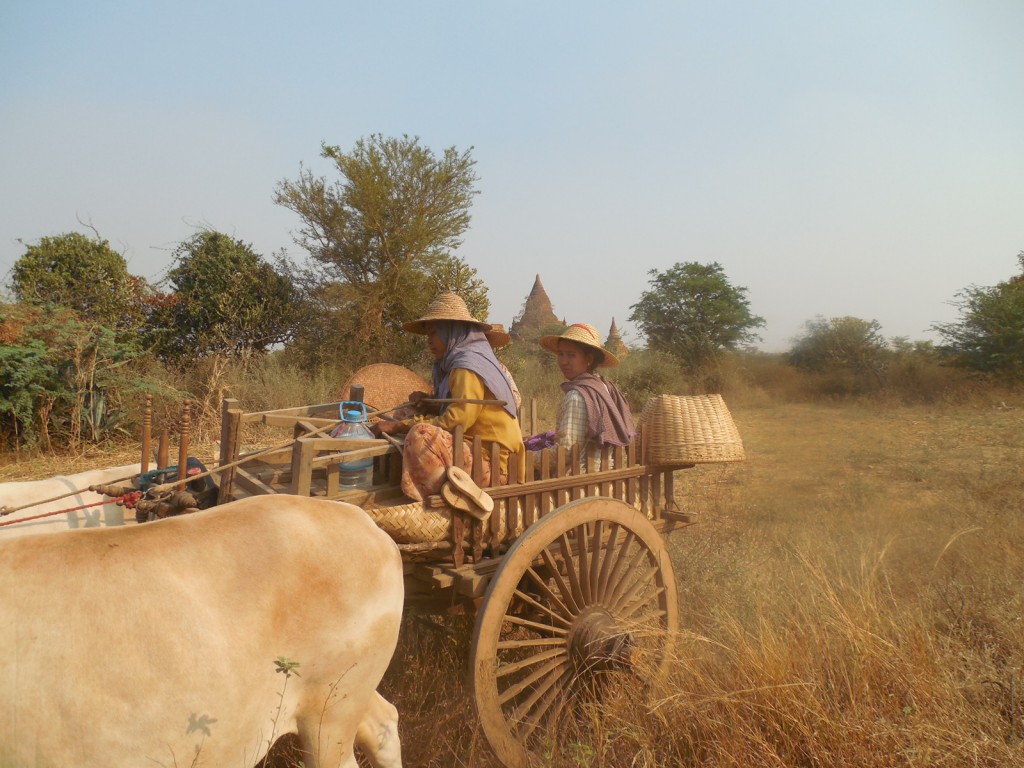 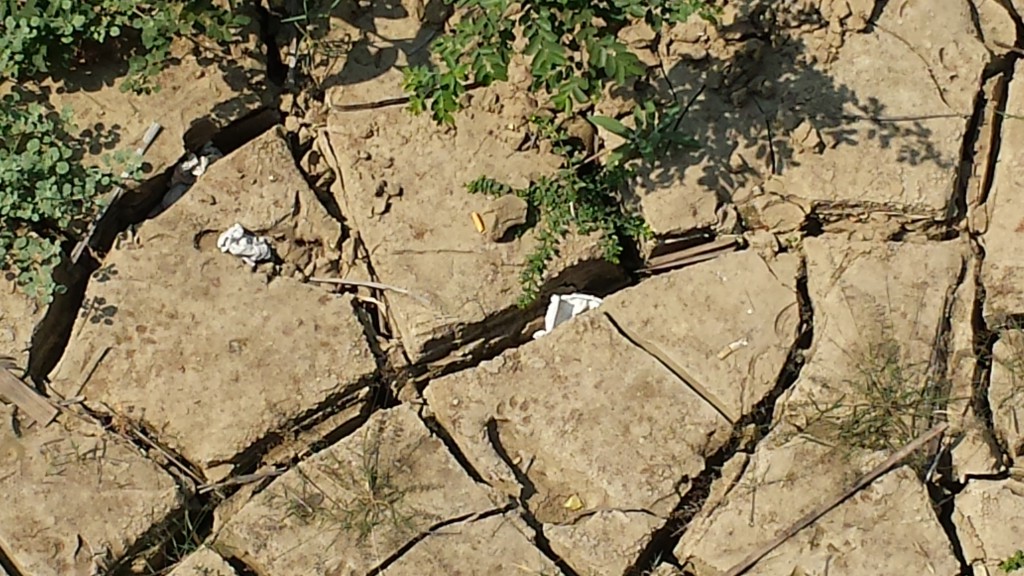 Searing heat bakes the riverbed,now 20 feet above the current waterline. By August this spot will be under 20 feet of water. 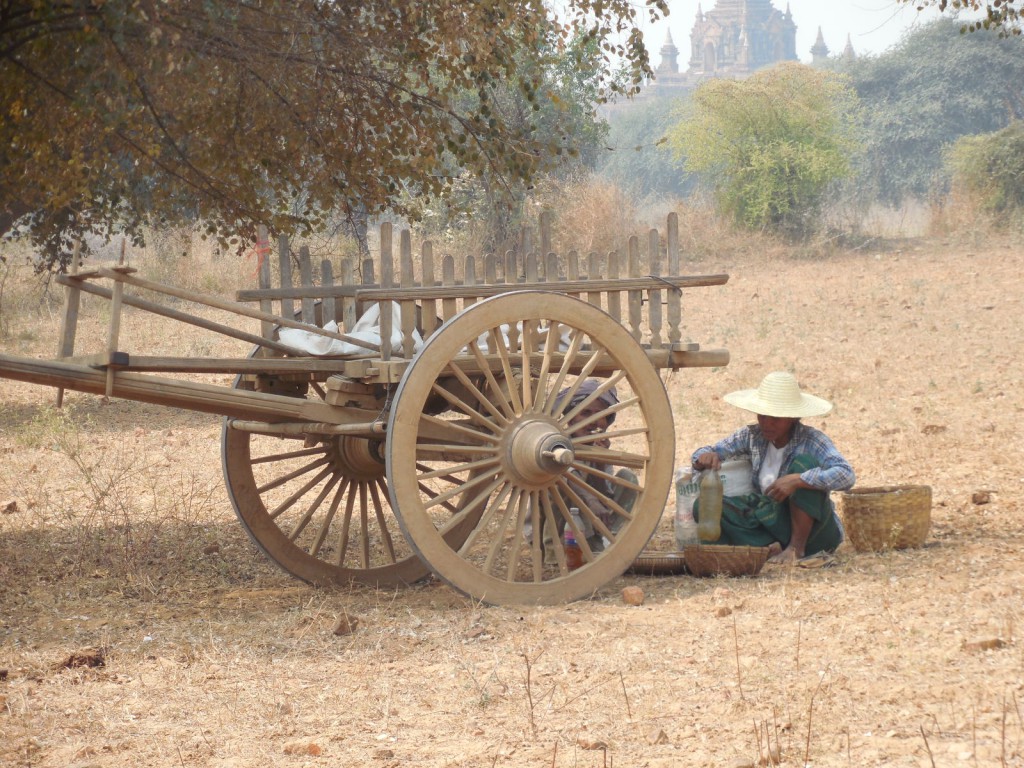 For thousands of years, life in Bagan has revolved around Lord Buddha.

The Myanmar Government may have moved the Capital hundreds of miles North to Naypyidaw, but most business still takes place in once sleepy Yangon – now awakening to be the next Asian Tiger. However it is still Old Asia – gracious and spiritual. 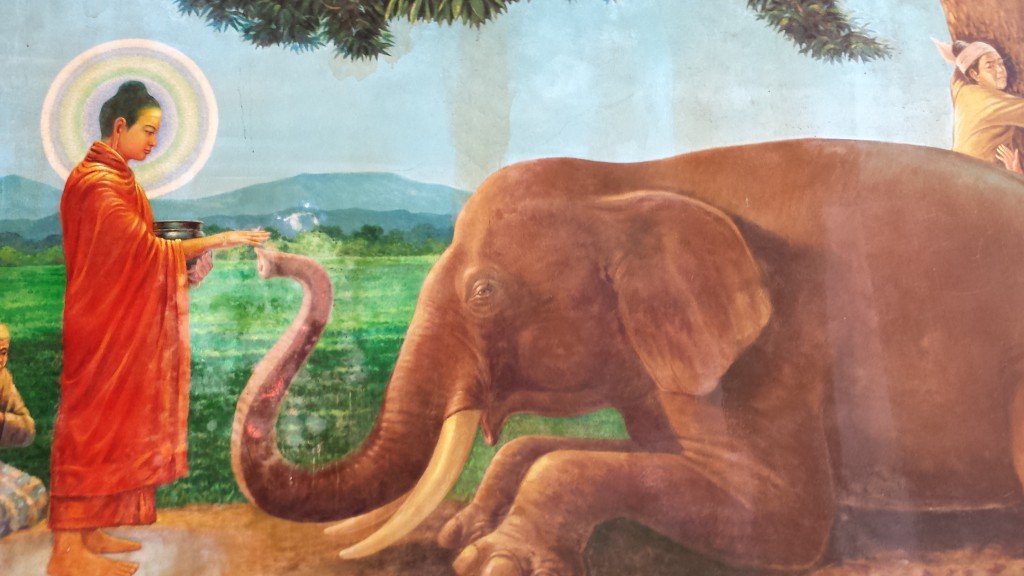 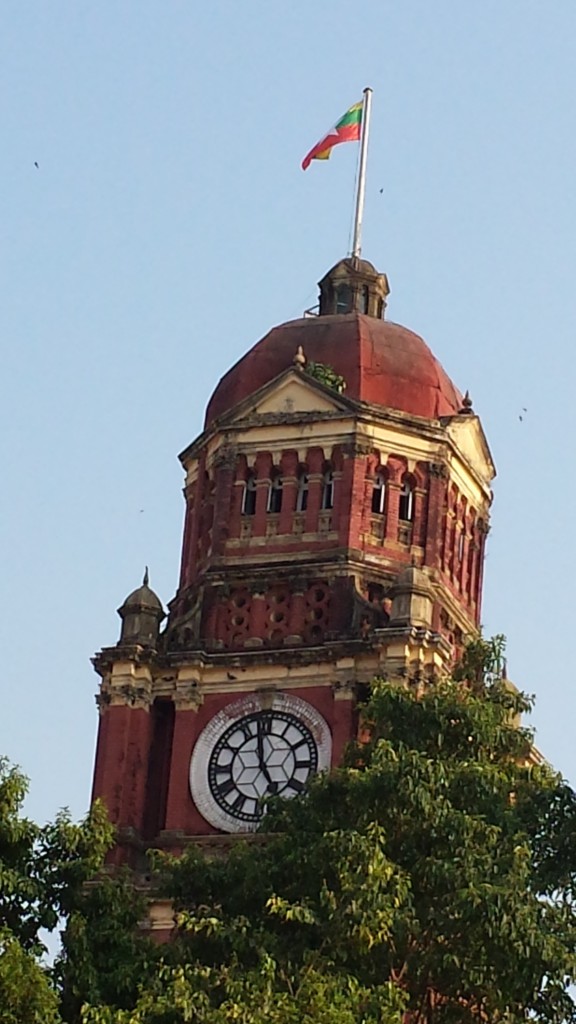 The Time is 1920 – British Empire Architecture. 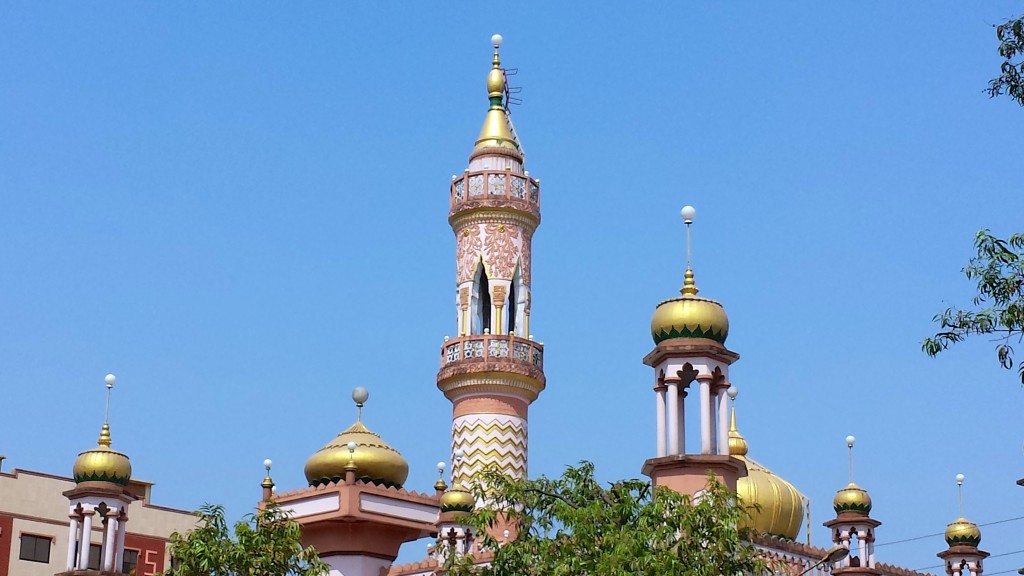 Yangon, and the whole of Myanmar, has a large Islamic population. 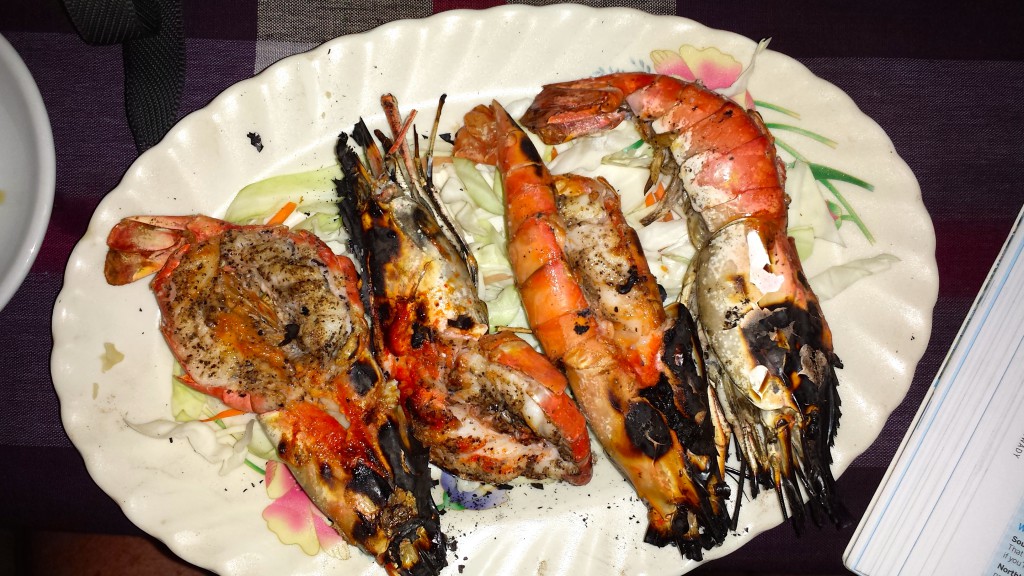 A delicious dinner of river prawns.

The Docks of Yangon

Sule Wharf in the late afternoon , when riverboats load up with cargo and people, probably many times over their limit,for upriver journeys to Mandalay and Bagan. 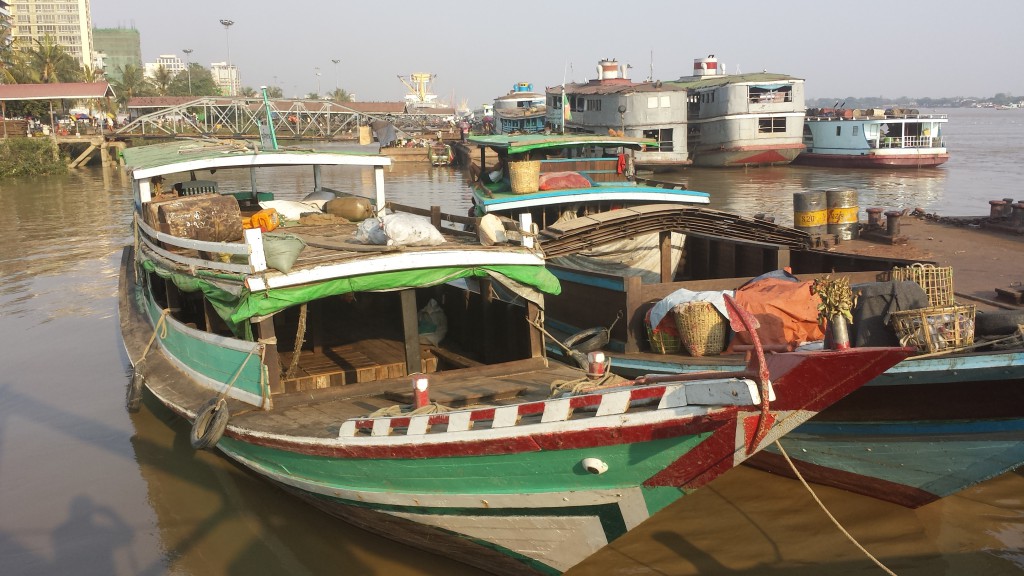 Many rivermen live on their boats. 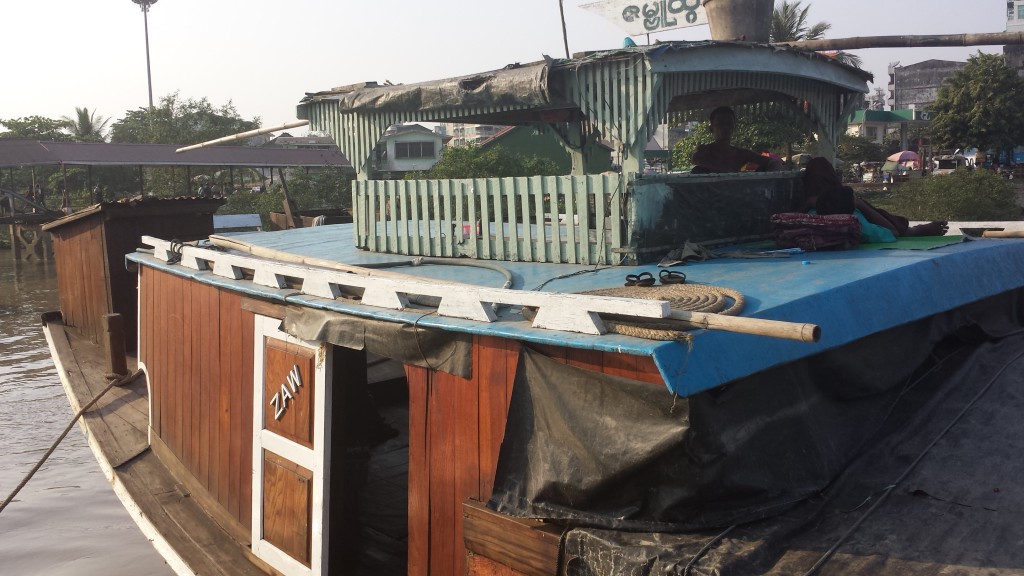 At Sundown the temperature was still 102 degrees ( 39 C ) so it was off to the Strand Hotel for an ice cold Myanmar Beer.

Across The World, Once Again

Now at Yangon Airport enjoying the fastest wifi connection in Myanmar.Singapore Airlines is rumored to have wifi on their A380s though it did not work on the flight to Germany and Singapore. Since they do have plugs at ever seat ( like all airlines should) I will begin editing video. Lot’s of incredible photos and video to come. 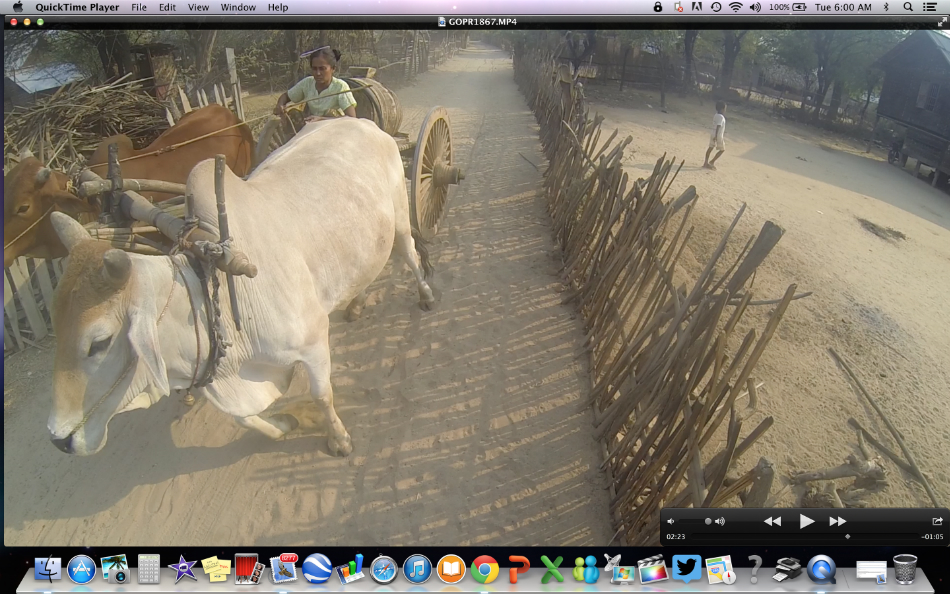 Bagan is surrounded by tiny villages where life changes very slowly. On a silent electroscooter and GoPro strapped to my head I was able to coast through villages almost undetected quickly gathering everyday scenes. Since upload time is too slow here in Yangon , still clips will be posted for now. 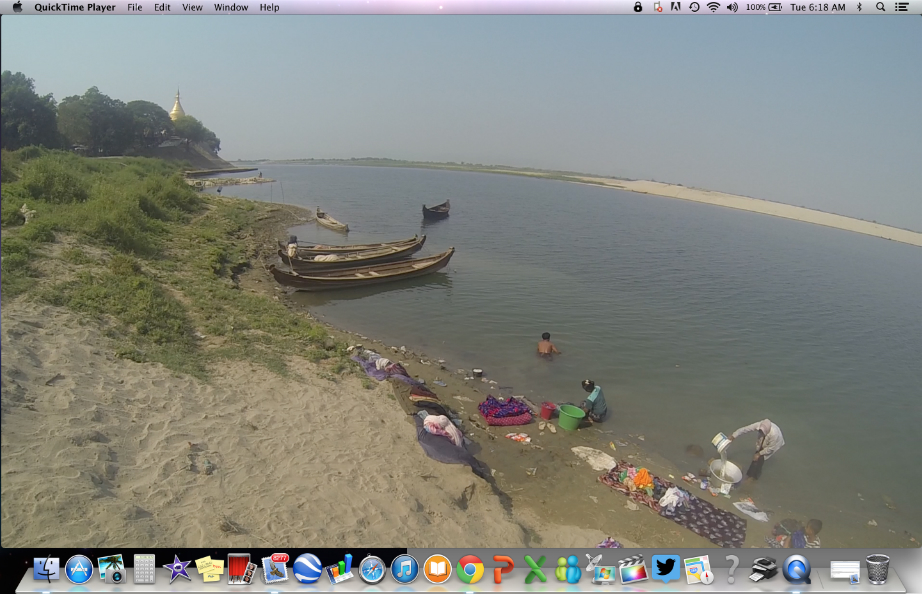 Along the mighty Ayarwaddy. In monsoon season this spot will be thirty feet under water. 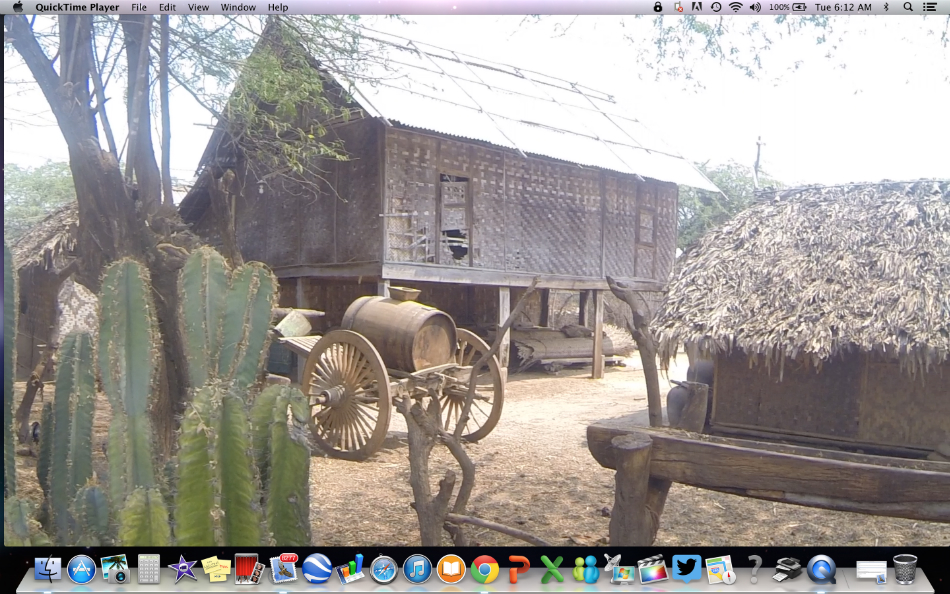 Water is hauled from a common well by oxcart. 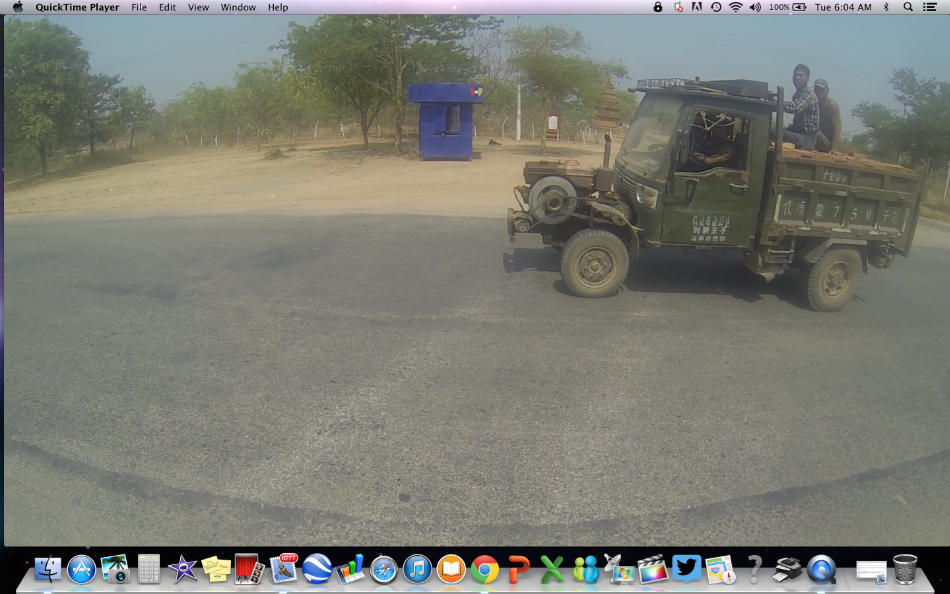 More pictures to come, internet excrutiatingly slow. This much has taken over an hour ! 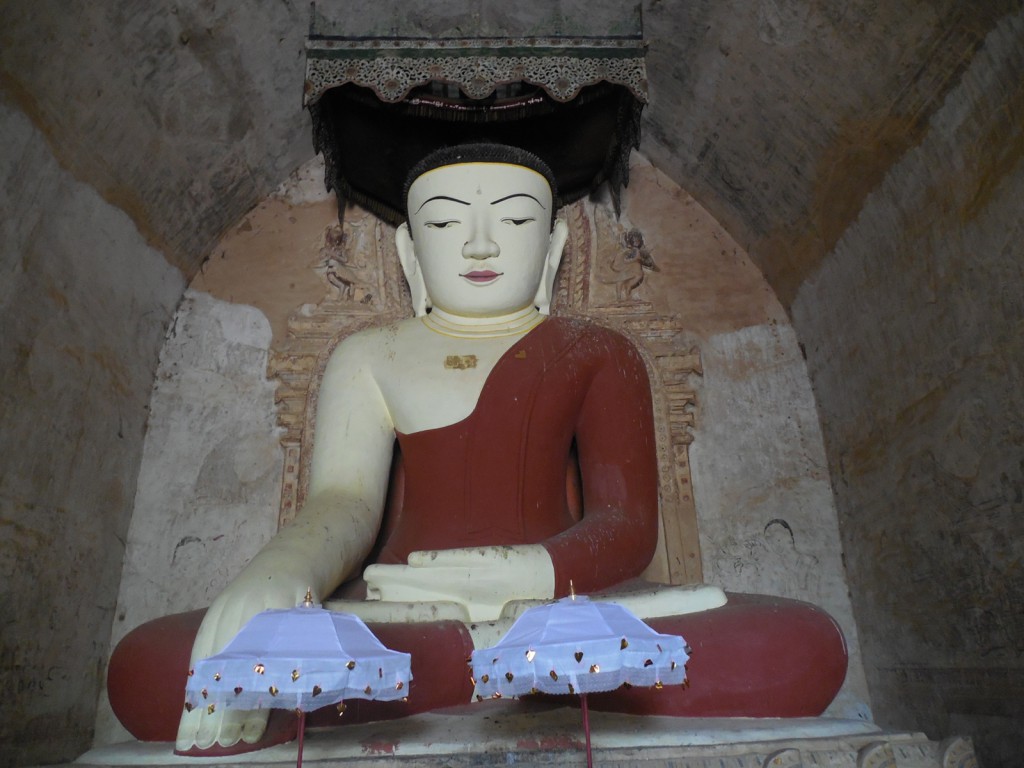 Shortly after sunrise I rented an electric motorscooter and set off to explore the searing hot plains of Bagan, and visit some of the thousands of temples built over hundreds of years – each a tribute to Lord Buddha. 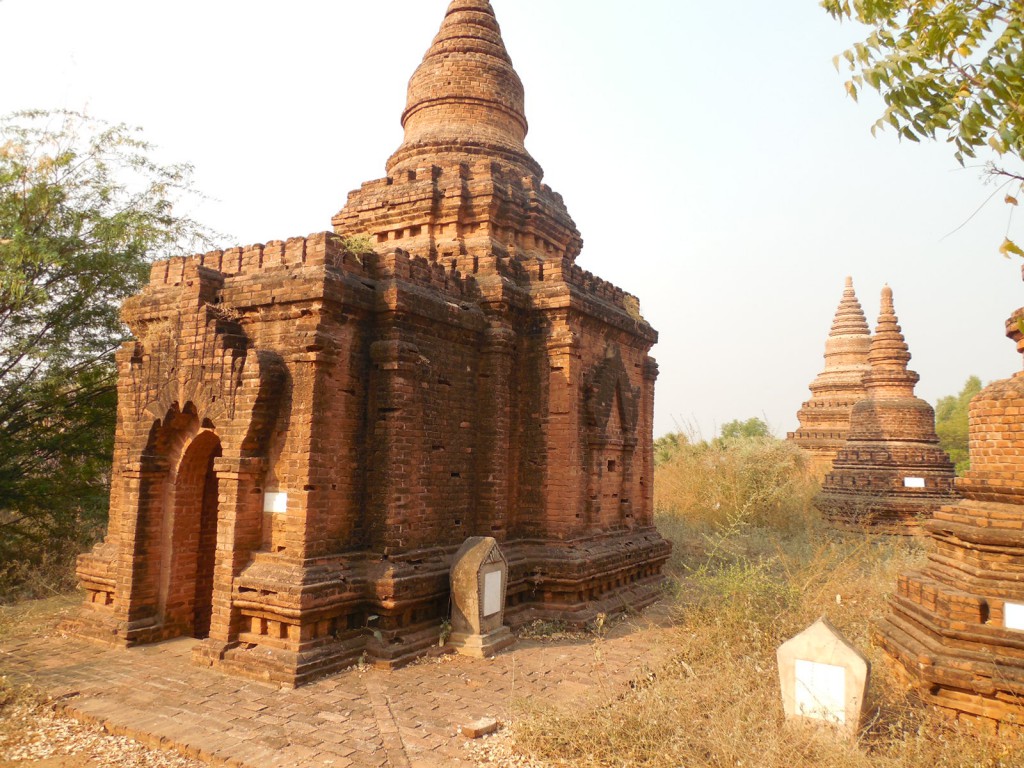 Temples large and small stretch as far as the eye can see. 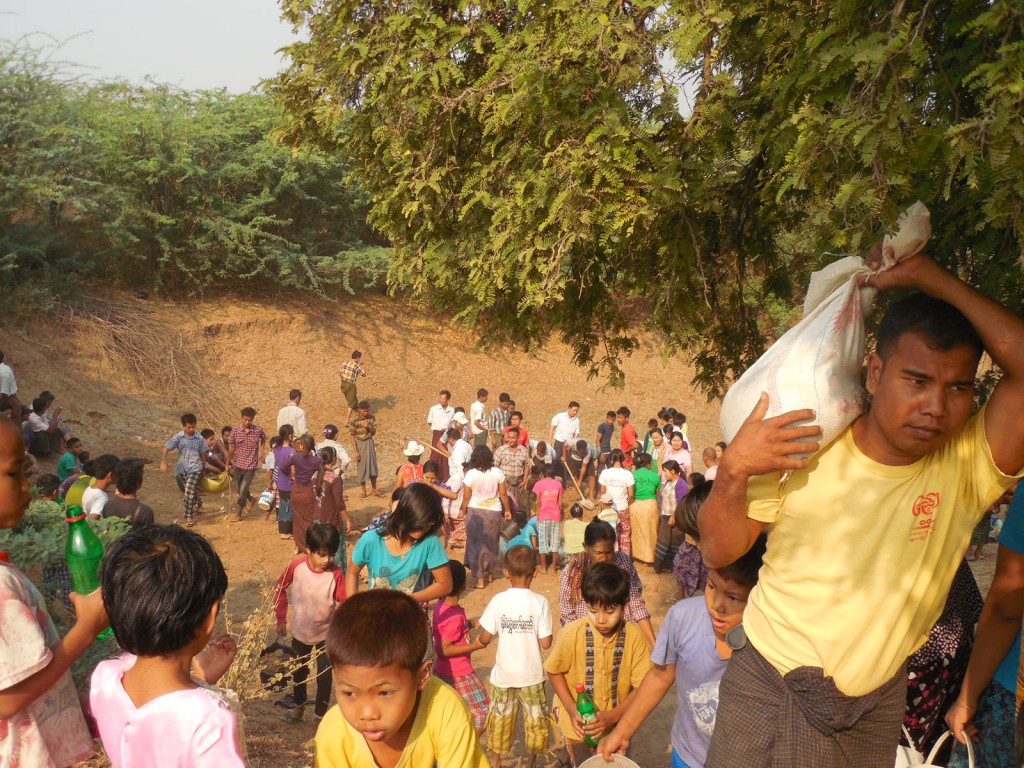 Along the way I came upon a ” Community Service Project . ” Local villagers dig a giant hole by hand, which will fill with water in the coming rainy season – attracting animals to drink there. Each person is expected to carry a number of loads equal to their age. 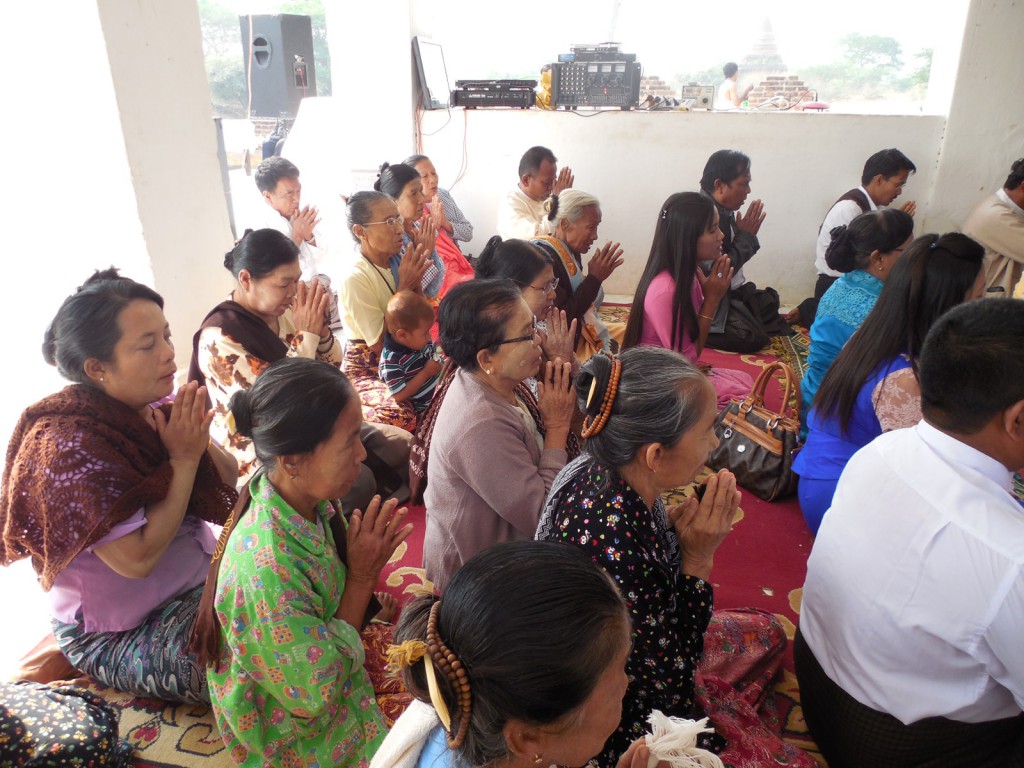 Lord Buddha is the Center of Life. 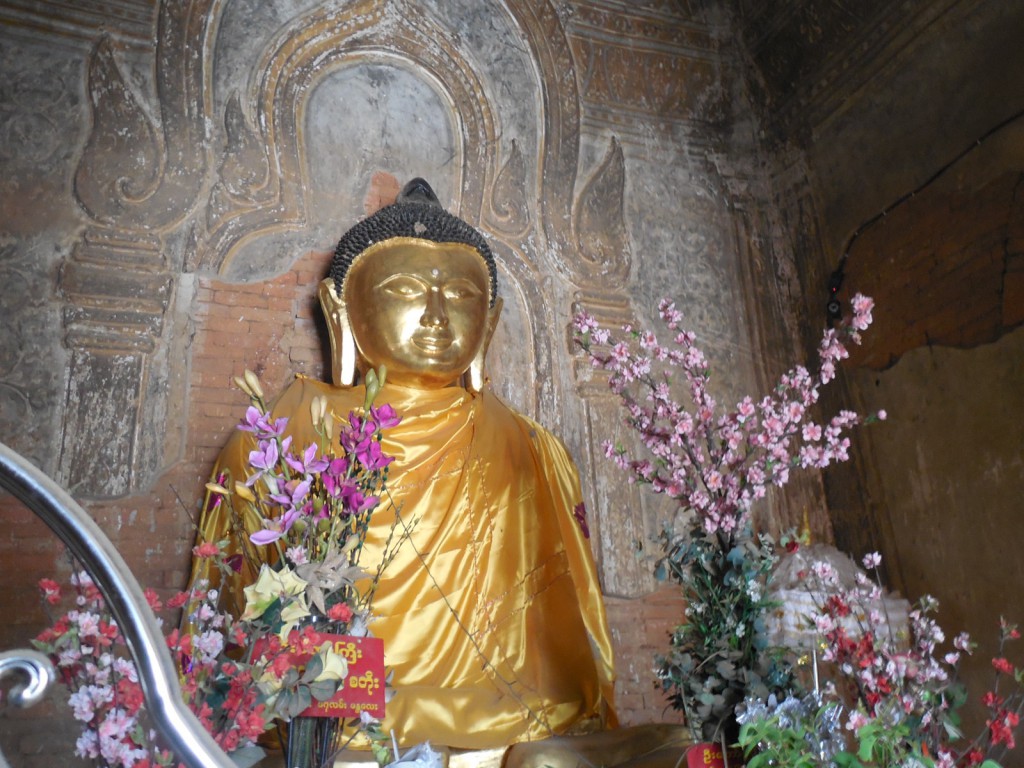 Styles changed throughout the centuries. 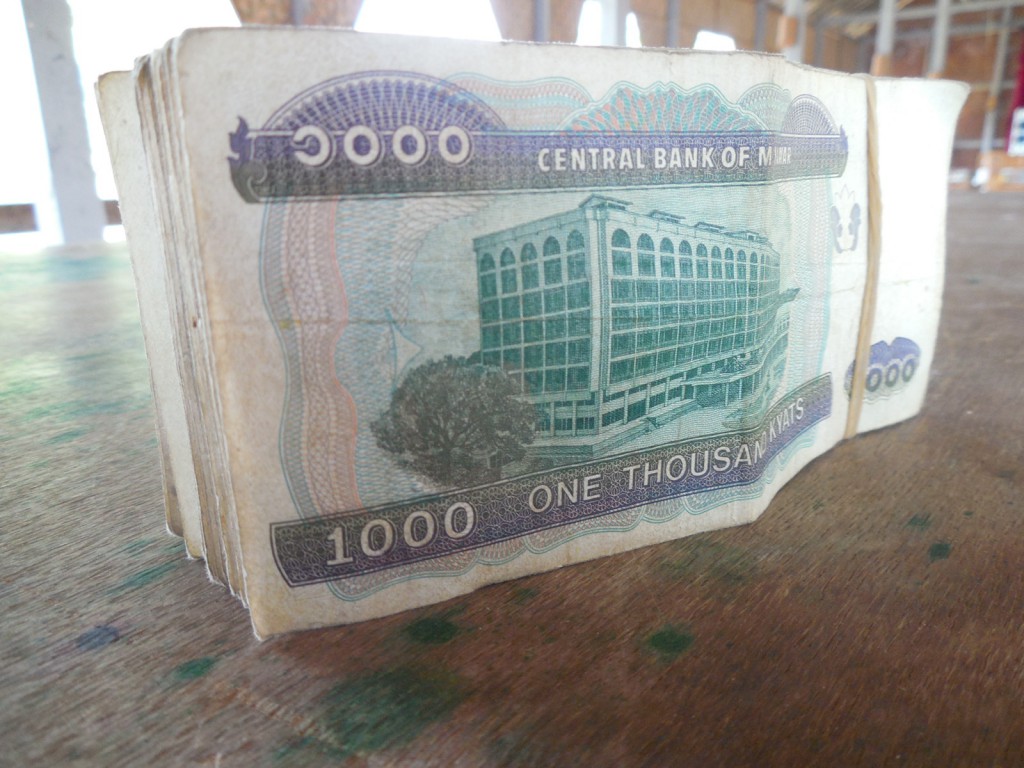 ArcticTropic has many more shots and incredible video. The hotel has wifi but upload speeds are like dialup , so video may not be uploaded until we return Stateside.