A Wild Meal In Riga 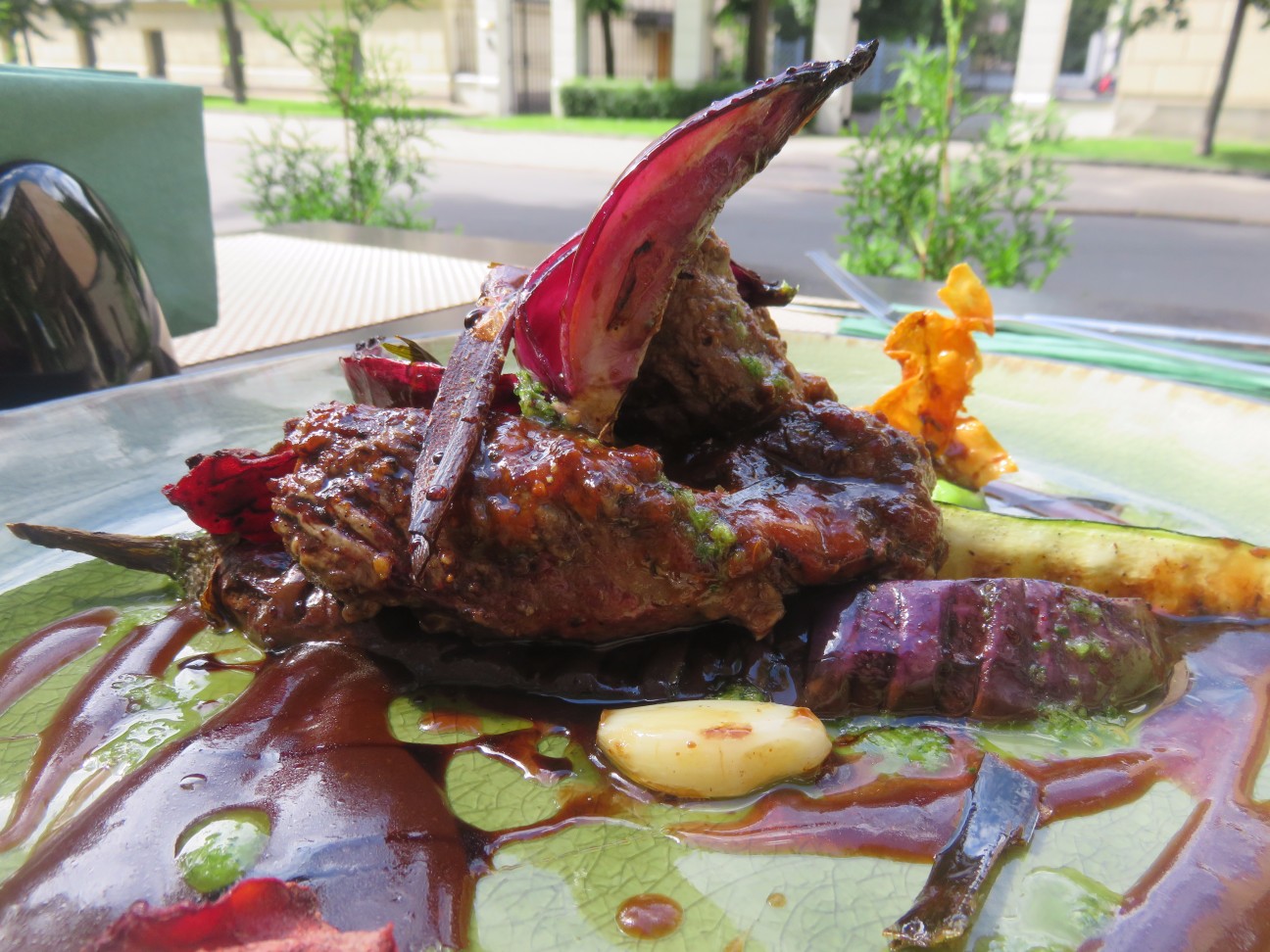 After settling into our Hotel in Riga, we were famished from our overnight journey across the Baltic. One of the reasons we visited Latvia was for dining on wild game, readily available from the primeval forests of the lightly populated Baltic Republics. A quick perusal on the web led us to Meža Garša  – ” Taste Of The Forest “. 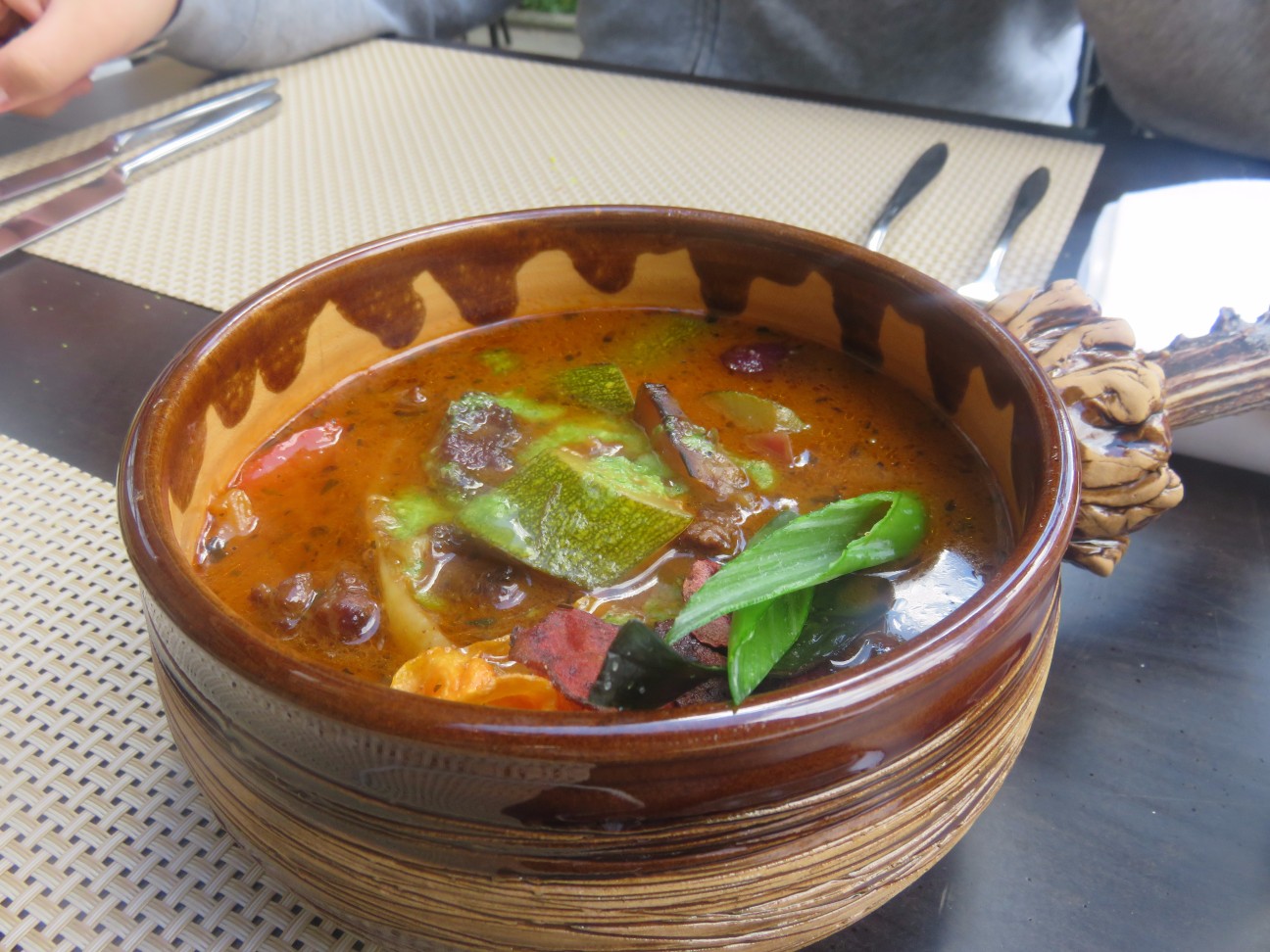 The first course was a wild soup – with venison ,rabbit and local forest mushrooms and totally organic vegetables. 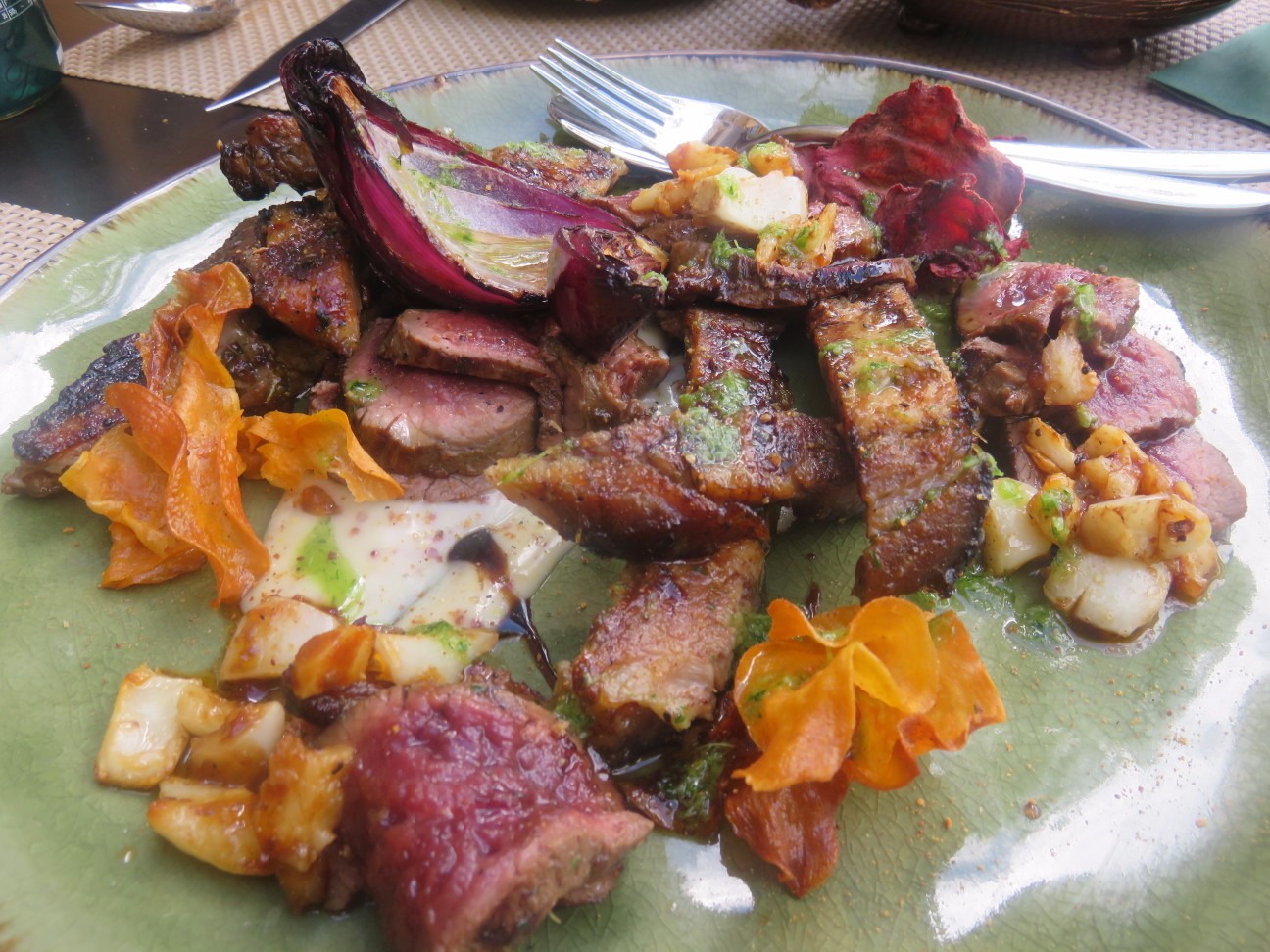 Next was an assortment of moose, bear and deer. 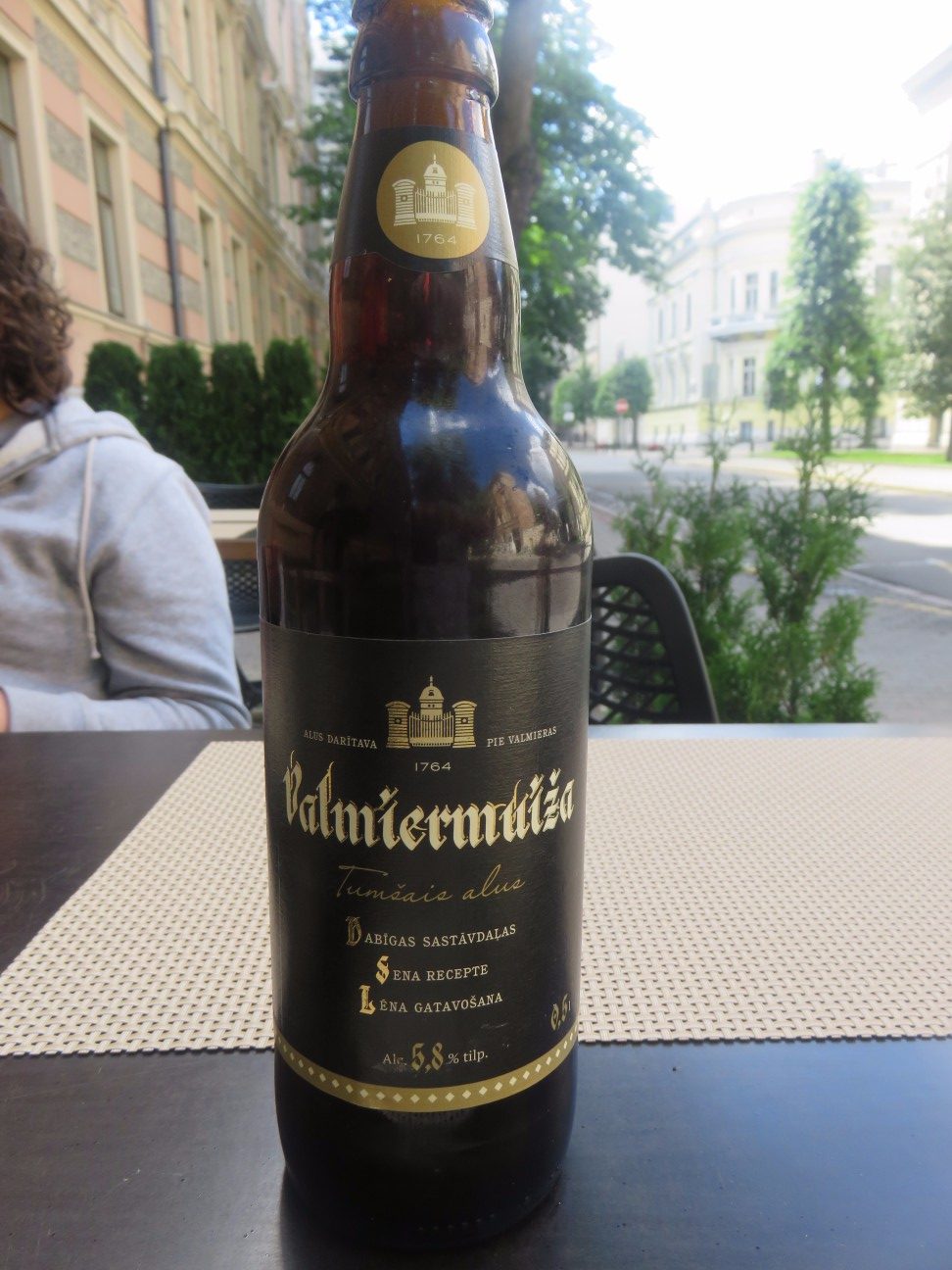 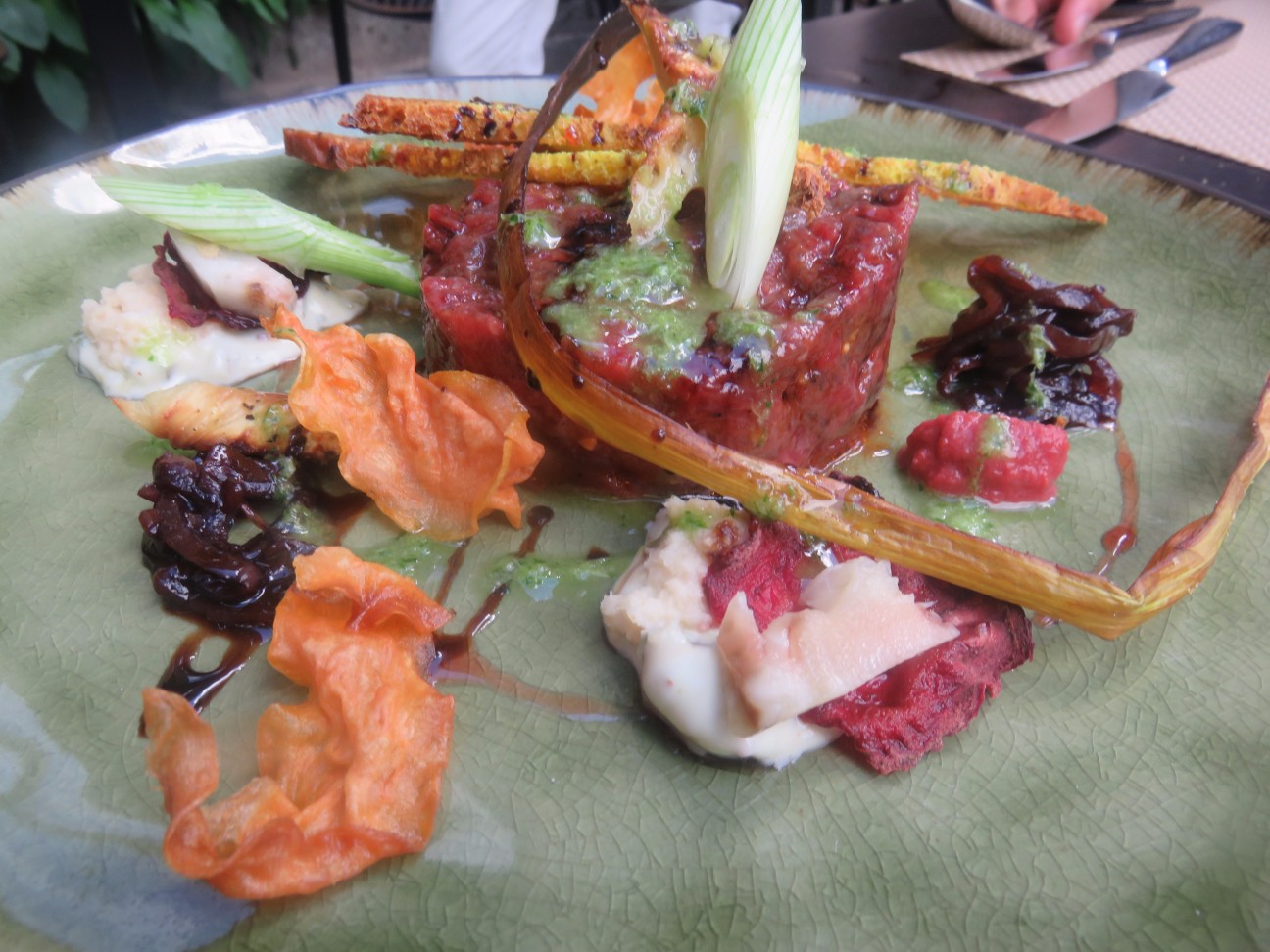 And Finally The Main Course – Roast Bear. According to the owner – Ivo , the best bear comes from Estonia because they live on a diet of berries – creating a sweet flavor. In many areas bears live near rivers and eat a lot of fish – creating a fishy flavor. All of Meža Garša ‘s game is fresh hunted or farmed and locally sourced in the Baltic Republics. 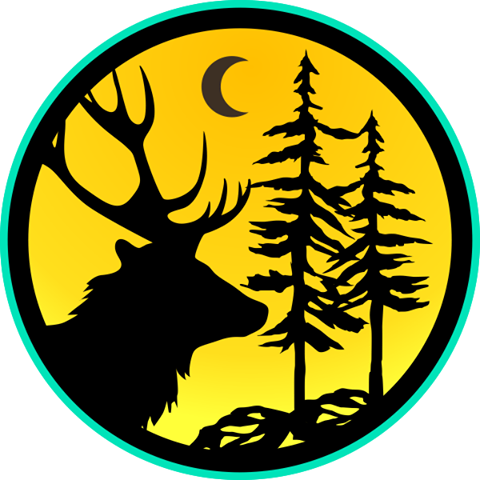 A lunch at Taste of The Forest Was Truly One of The Meals of a Lifetime For TotalAdventure – And We Beat Anthony Bourdain To It. ! 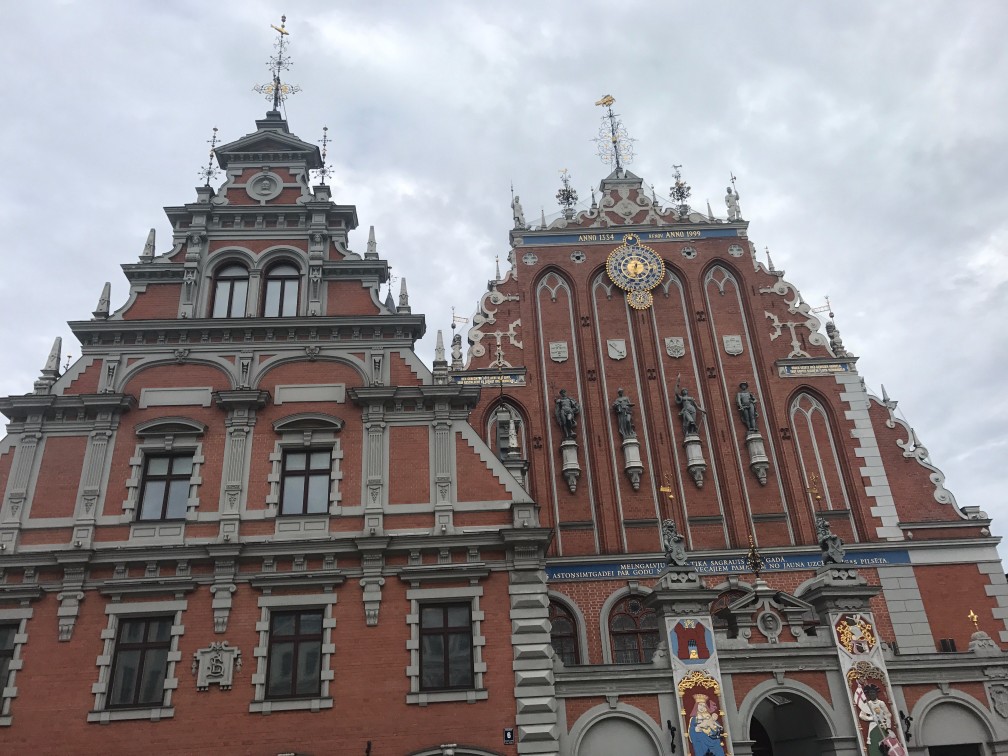 Riga is a beautiful city of the Hanseatic League.It is amazingly well preserved considering the last century of brutal war and occupation. 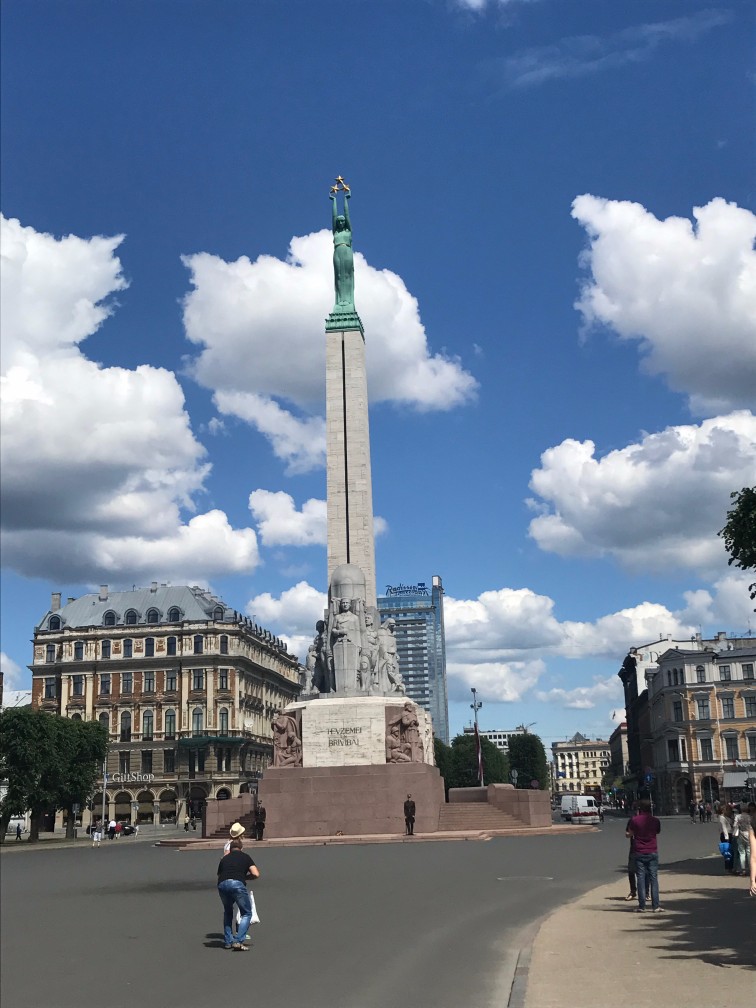 Victory Over The Invaders ! 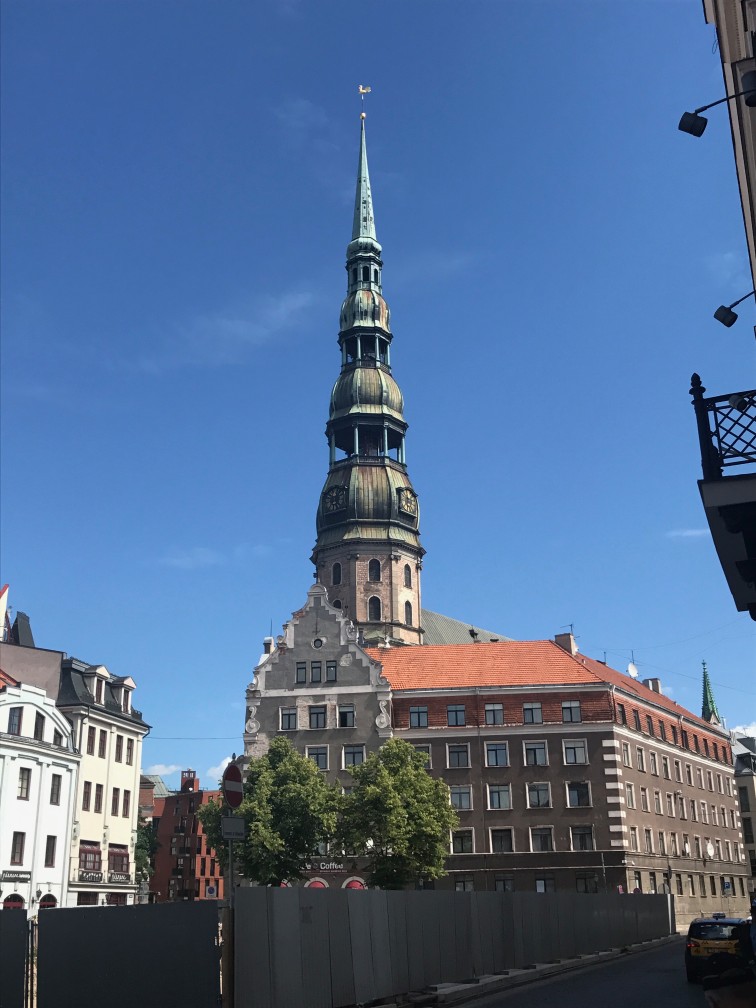 A Cool Summer Day In The Capital.

Stockholm & Across The Baltic To Latvia 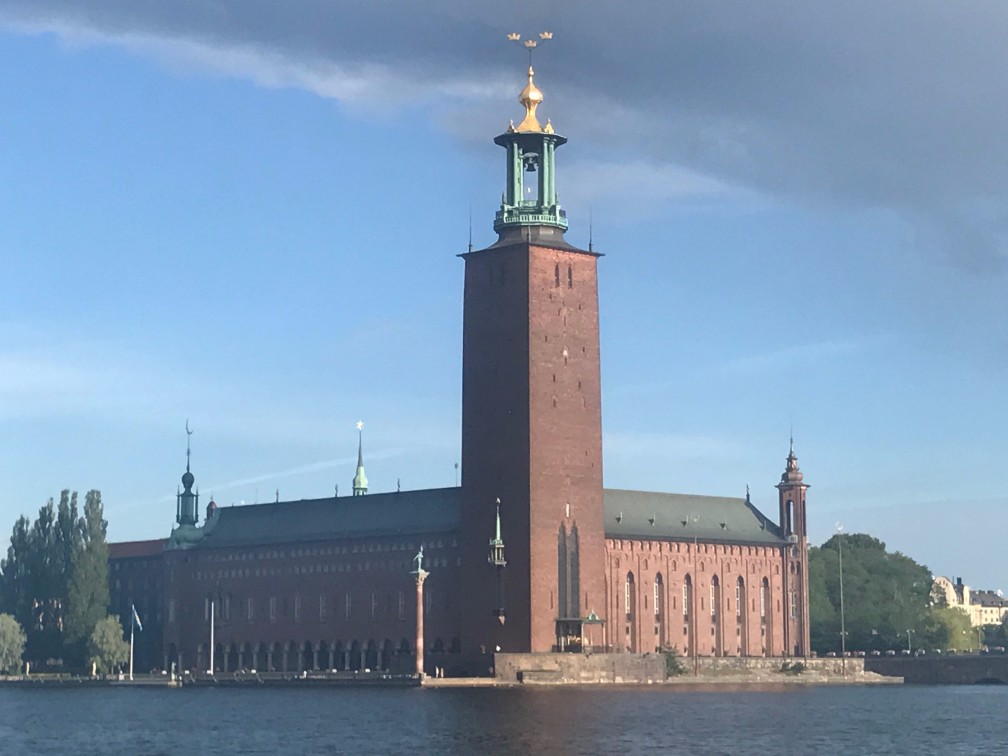 On July 7th TotalAdventure flew from Paris to Stockholm in order to meet son Martin, who was just finishing up a student adventure tour 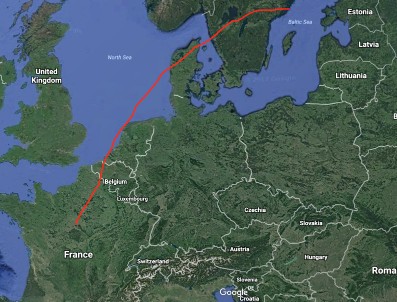 About 2 hours from CDG to ARN. 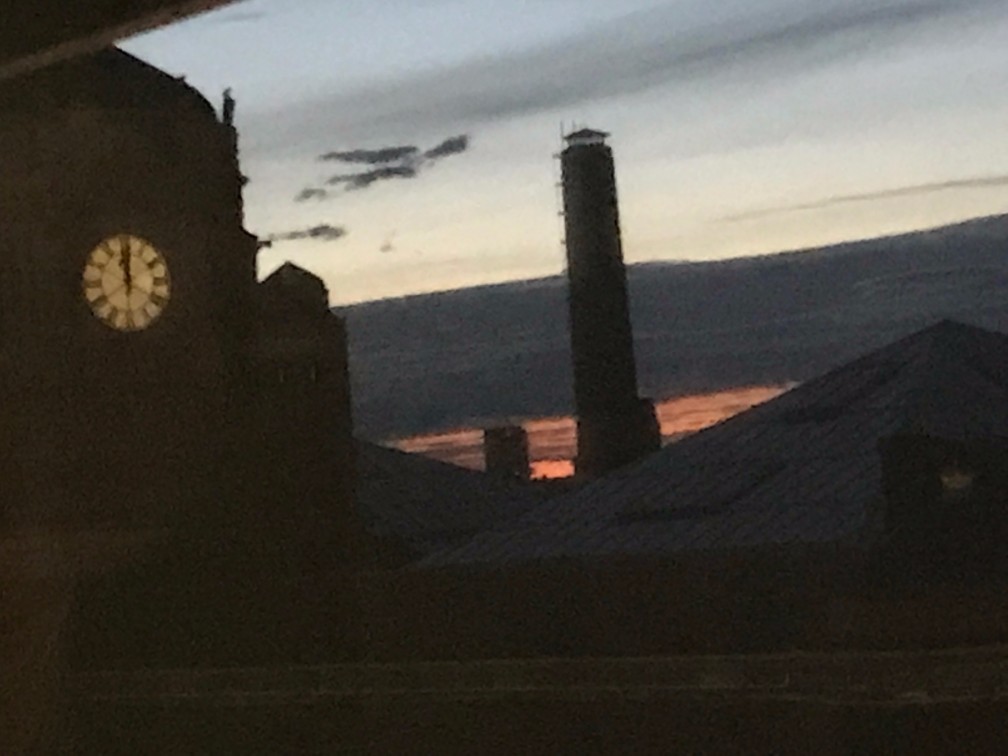 Midnight In Stockholm. A Bergmanesque Scene. 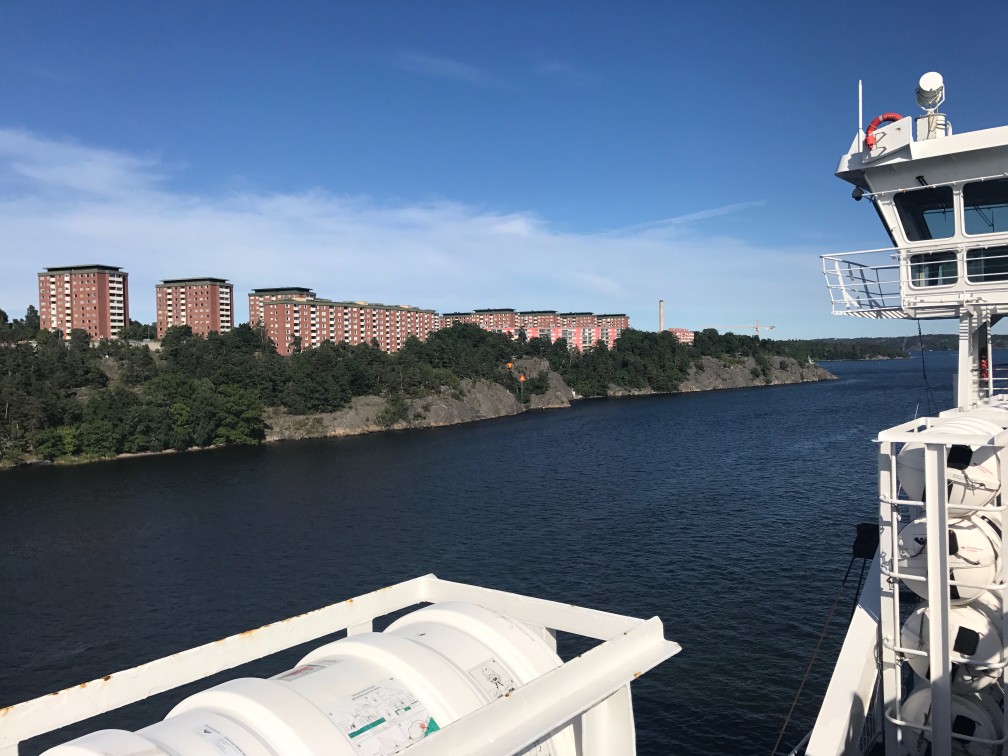 We Boarded the Tallink Ship Isabelle for the 17 hour overnight trip across the Baltic Sea to Riga Latvia.

Moonrise and Midnight Sun In The Baltic. Taken At Midnight. 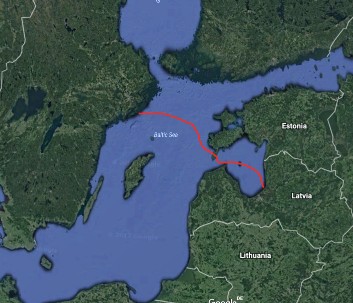 The ship also passes very near Estonia in the early morning. 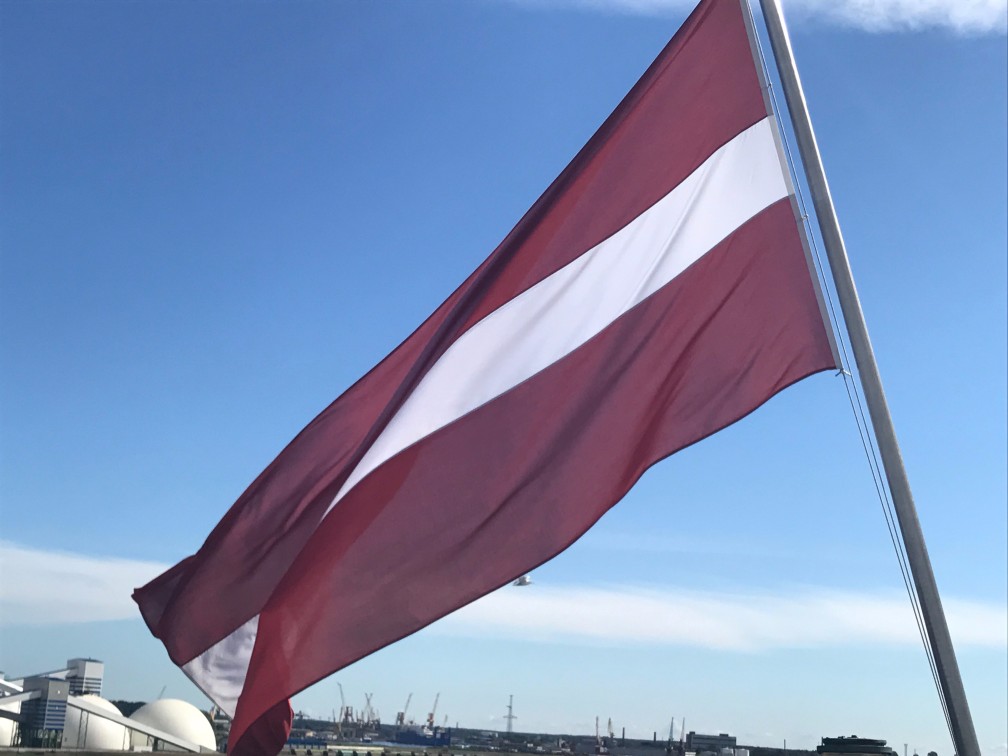 Arrival Into Port In Riga,Latvia.

Latvia is not a country of high adventure, but with modern cites in close approximation to old Northern European villages and countryside, it is a great place to hunt and enjoy simplicity on the beaches.