Flying over the Ukraine , then later Afghanistan on Singapore Airlines SQ 25 from Frankfurt to Singapore on March 13, 2014, on ArcticTropic’s voyage to Myanmar. Flying over war zones is usually routine when the fighting units on the ground either do not have access to high altitude missiles or have no need to use them in their local conflicts. Eastern Ukraine is in a busy air corridor from Northern and Central Europe to South Asia. Obviously that has now changed.

This Week In The Air

ArcticTropic travels to Myanmar this week. Tomorrow from Miami to New York. On Wednesday...

On April 3rd I will return to China , for the first time in... 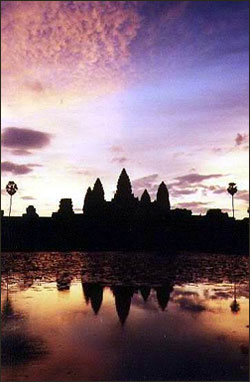 A word from a sponsor ………… All Points East has been offering exciting small group and...